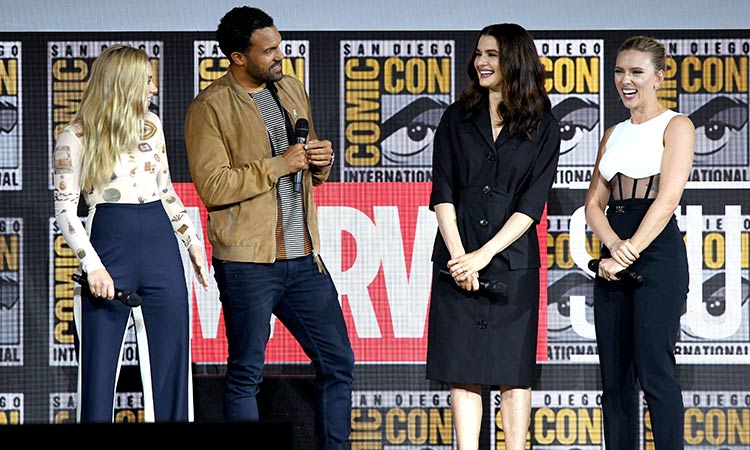 Marvel unveiled its bumper slate of new superhero movies Saturday, wheeling out a who's who of Hollywood stars and prompting a collective meltdown at Comic-Con as it ended frenzied speculation over the most lucrative franchise in film history.

Angelina Jolie, Salma Hayek and Rachel Weisz were brought on stage in San Diego to join Marvel film stalwarts such as Scarlett Johansson, Chris Hemsworth and Natalie Portman in the upcoming — and sure to be multi-billion-grossing — movies. 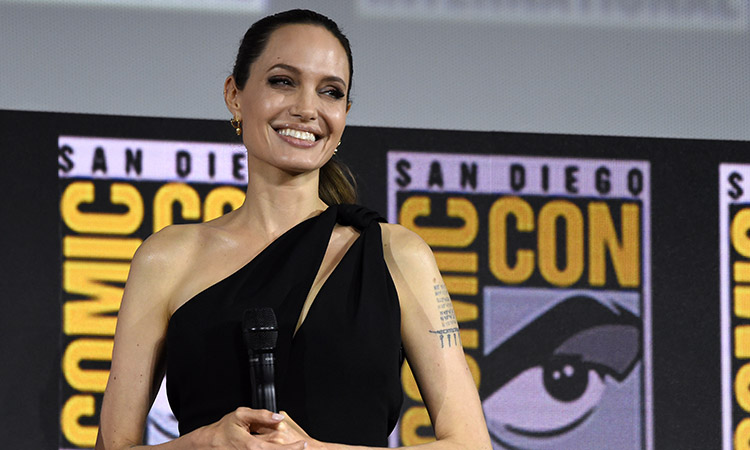 Giant screens in Hall H then revealed a timeline of forthcoming films and television shows scheduled for the two years including new outings for popular characters such as Thor, Black Widow, Doctor Strange and Loki. 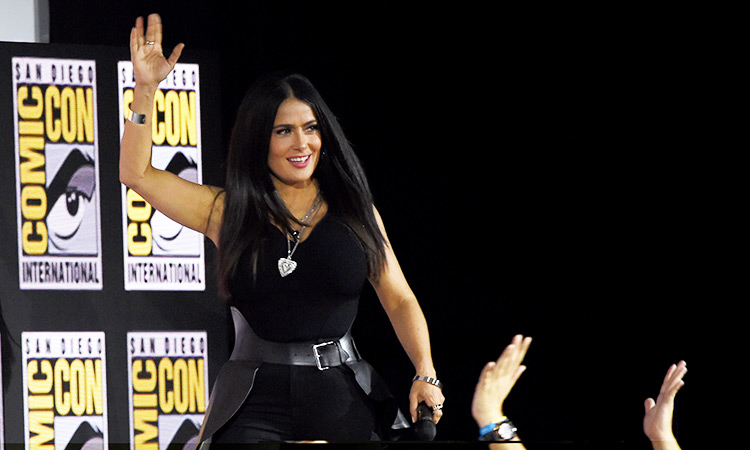 Salma Hayek waves to the fans as she walks on stage at the Marvel Studios. AP

He finished the show — the most anticipated of the four-day event — by announcing that Oscar-winner Mahershala Ali will front a "Blade" reboot.

The Marvel films have collectively grossed over $22 billion at the global box office. The studio's most successful film "Avengers: Endgame" is set to overtake James Cameron's "Avatar" as the highest grossing movie of all time "in a matter of days," said Feige.

Jolie and Hayek will front ensemble film "The Eternals" in November 2020, which will feature the franchise's first deaf superhero.

It will be followed in February 2021 by "Shang-Chi and the Legend of the Ten Rings," the first Marvel superhero film to be led by an Asian actor. Sebastian Stan, left and US actor Anthony Mackie speak on stage during the Marvel panel. AFP

Marvel's next round of new films will kick off with Johansson's "Black Widow" in May next year. Early footage showed Johansson's character battling with her sister in a Budapest apartment building. Later in 2020, Anthony Mackie and Sebastian Stan will reprise their roles for "The Falcon and the Winter Soldier."

Benedict Cumberbatch will also return for "Doctor Strange in the Multiverse of Madness" in May 2021.

Feige additionally teased the arrival of other popular comic characters, saying there was "no time to talk about" productions of "Fantastic Four" and "Mutants" -- seemingly references to franchises acquired by Disney in its purchase of 21st Century Fox including the popular "X-Men" films.