6 paperbacks to start your summer, by Lisa Brennan-Jobs and more - GulfToday

6 paperbacks to start your summer, by Lisa Brennan-Jobs, and more 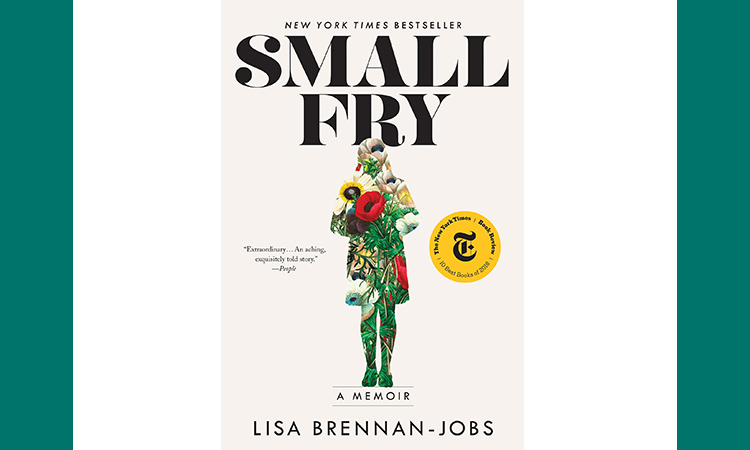 Summer is officially upon us, which means summer reading is now mandatory, right? Here are six new-in-paperback titles to get you started.

“Small Fry” by Lisa Brennan-Jobs. The New York Times and numerous other outlets named this memoir among their Top 10 of 2018; it’s the story of growing up as the daughter of Apple co-founder Steve Jobs and artist Chrisann Brennan. “Brennan-Jobs paints a rich portrait of her childhood, alternating between a mother barely able to support herself and a father almost pathologically distant,” wrote Seattle Times reviewer Kevin J. Hamilton. “It’s a heartbreaking memoir, beautifully rendered. Jobs’ success at Apple and Pixar are distant muffled echoes; this is an intimate story about family and family dysfunction.”

“Social Creature” by Tara Isabella Burton. A film adaptation is already in the works for this sleek debut thriller about a toxic, obsessive friendship between two women — Lavinia, who’s rich, and Louise, who’s poor — in a glamorous New York City; sort of a 2019 millennial version of a Patricia Highsmith novel.

“Burton draws us in,” wrote The Guardian in a review, “via her marvellous control of the material, the expert way she plays off Lavinia’s lavishness against Louise’s guile — and our own fascination with those wild Manhattan parties.”

“Lethal White” by Robert Galbraith. In this fourth installment in Galbraith’s (aka J.K. Rowling’s) utterly delicious detective series, private investigator Cormoran Strike and his intrepid associate Robin Ellacott investigate a complex case involving a posh family and a mentally ill young man who may or may not have witnessed a murder.

Though the book occasionally gets a bit bogged down in the details of the whodunit plot, it delivers plenty of what matters: the rich, complicated chemistry between Strike and Robin, which is both will-they-or-won’t-they romantic tension and loving, respectful friendship. I’ll be needing a fifth book, immediately.

“Immigrant, Montana” by Amitava Kumar. In this novel, which The New York Times called “consistently entertaining,” a graduate student from India named Kailash arrives in post-Reagan America, eager to embrace a new life.

“The fuzzy distinctions between the author’s life and that of his fictional protagonist are multiple and intentional,” wrote the NYT in a review. “The relationship between fact and fiction provides an animating tension throughout Kailash’s recollection of his salad days.”

“Ohio” by Steven Markley. Set mostly on one swelteringly hot night in a northeastern Ohio town in 2013, Markley’s much-buzzed debut novel involves the reunion of four former high-school classmates, who have gathered for the funeral of a fifth. “‘Ohio’ is a big novel about what happened after 9/11,” wrote Seattle Times reviewer Jeff Baker. “The characters walk and talk like real, messed-up people; the author cares about them, and so does the reader.”

“Bruce Lee: A Life” by Matthew Polly. The legendary action star — who lived in Seattle for several years in the 1960s, and is buried here — gets his due in this carefully researched biography.