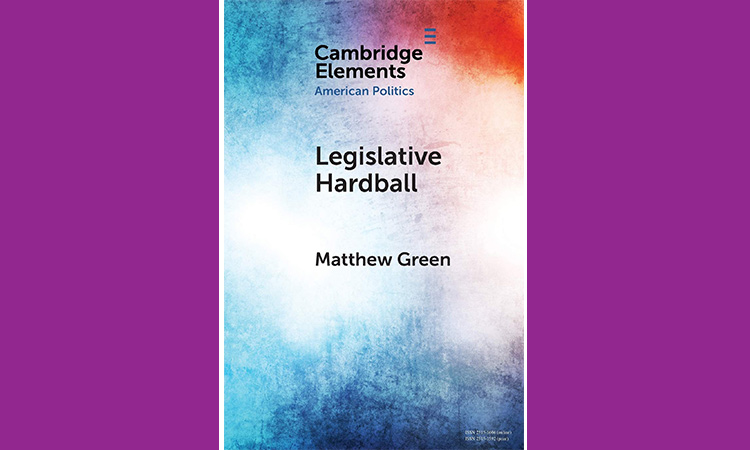 "Legislative Hardball: The House Freedom Caucus and the Power of Threat-Making in Congress" by Matthew Green. TNS

Matthew Green, a professor of politics at the Catholic University of America, argues in his new book, “Legislative Hardball: The House Freedom Caucus and the Power of Threat-Making in Congress,” that the House Republicans who conspired against Speaker John A. Boehner in 2015 pioneered something new in American history.

Here’s an edited transcript of his interview with CQ Roll Call.

Q. You found few parallels in American history to the Freedom Caucus’ threats. What was the rationale behind them?

A. If your constituents think that the party is too moderate and compromises too much, then you can gain favor from your voters by saying, ‘I stand on principle and oppose all compromise.’ There is also the question of influence. A lot of Freedom Caucus members wanted more of a say in the policymaking process.

Q. Do you think the caucus will have staying power?

A. They’ve managed to adapt to changing circumstances. They have not only developed this alliance with the Trump White House, but started regular podcasts to advertise what they are doing.

Q. Are you surprised that they have embraced President Trump, given that many of them were skeptical of him in 2016?

A. I think many of them were caught off guard by how popular Trump was in their districts. They realized they had to change their tack.

Q. You question whether the caucus deserves credit for Boehner’s resignation in 2015. Why?

A. They could only remove Boehner if Democrats went along with them and voted to vacate the chair, but (then-Minority Leader Nancy) Pelosi had told Boehner they weren’t participating in this.

A. There are some hints of it, but Pelosi has done a very good job of incorporating wings of the party into the decision-making process so that members don’t feel alienated.