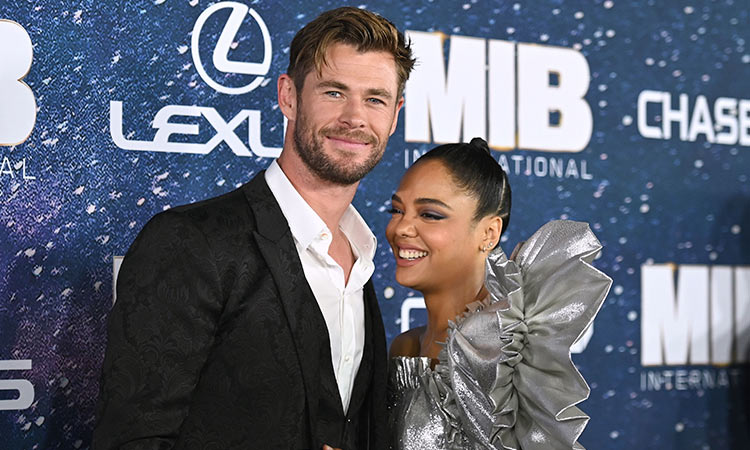 "Men in Black: International" led North American box offices over the weekend, but the new sci-fi comedy was not as far into the black as Sony would have liked, taking in an estimated $28.5 million, industry watcher Exhibitor Relations reported.

In this spinoff to the three earlier "Men in Black" installments, the roles of black-suited alien-fighters pass from their originators, Will Smith and Tommy Lee Jones, to the younger Chris Hemsworth and Tessa Thompson. Liam Neeson and Emma Thompson also star.

Critics liked the chemistry of the two leads but gave the movie a lukewarm rating of only 24 percent on Rotten Tomatoes. Its box-office take for the three-day weekend fell short of "even the slimmest of studio expectations," website BoxOfficeMojo reported.

But as suggested by its title, the film, shot in five countries, is doing better overseas, with earnings of $73 million to date. 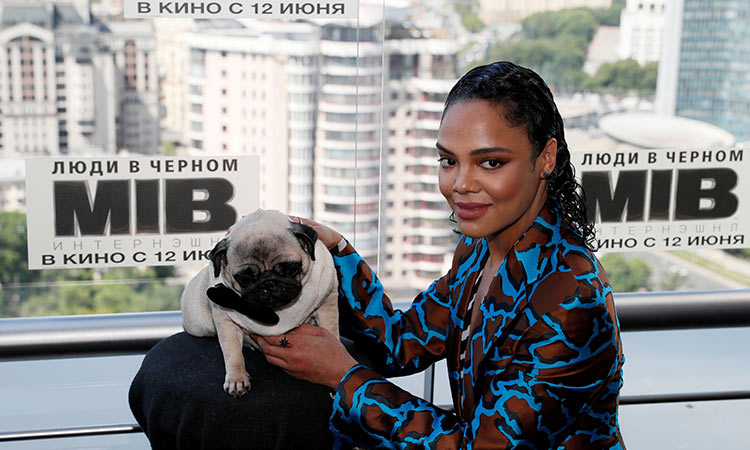 Tessa Thompson poses for a picture during a photocall for the fillm "Men in Black: International" ahead of its Russian premiere, in Moscow.

In second spot was last weekend's leader, "The Secret Life of Pets 2" from Universal, at $23.8 million. This sequel features the voices of Kevin Hart, Tiffany Haddish and Patton Oswalt in another tale of the mischief pets get into when their owners are away.

In third, for the second week, was Disney's live-action "Aladdin," at $16.7 million. It stars Will Smith as the genie and Mena Massoud as the wily title character craving the attention of the enticing Jasmine (Naomi Scott).

Slipping two spots to fourth place was "X-Men: Dark Phoenix," at $9 million. In what is said to be the final installment in the X-men series, the lead characters face the fierce superhuman Phoenix after a space mission goes awry. The film stars James McAvoy, Sophie Turner, Jennifer Lawrence, Michael Fassbender and Jessica Chastain.

And in fifth, for the second week, was Paramount's "Rocketman," at $8.8 million. Taron Egerton stars in the biopic dramatizing the life of superstar singer Elton John.