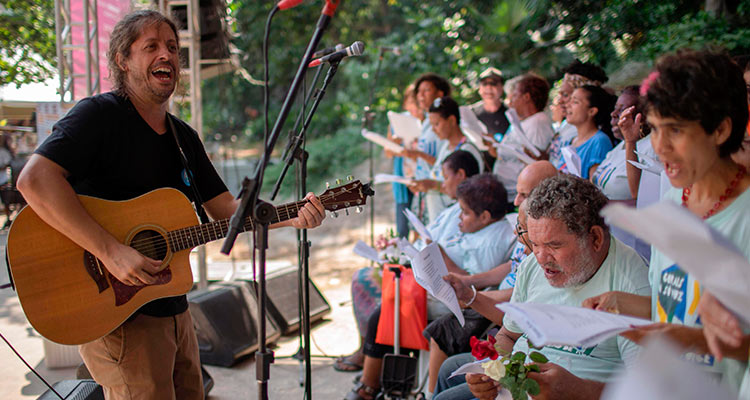 For years, Edson Santos has slept in an abandoned taxi or on church steps in Rio de Janeiro. Now the 58-year-old is trying to sing a different tune in a choir for the homeless.

Santos is a member of the "With One Voice" singing group originally created by British performing arts charity Streetwise Opera for the 2016 Rio Olympics, but kept going by the city's government to help some of its most vulnerable residents.

"The human life is the most valuable thing that exists. The life of a famous person is worth the same as that of a person sleeping on cardboard or under an awning.

Taking the stage to belt out tunes about love and hard knocks with his fellow choristers, Santos says his heart beat accelerates when he sings, and then a feeling of "victory, greatness and pride" washes over him.

"It has enabled me to go back to school and now my life is getting better," says Santos, who ended up on the street in 2015 after his son was killed.

The driving force behind the choir is Ricardo Branco de Vasconcelos, a 42-year-old musician whose nickname "Rico" ironically means "rich" in Portuguese.

"It's very necessary work for our country," Branco says at a performance inside the city's futuristic Museum of Tomorrow. 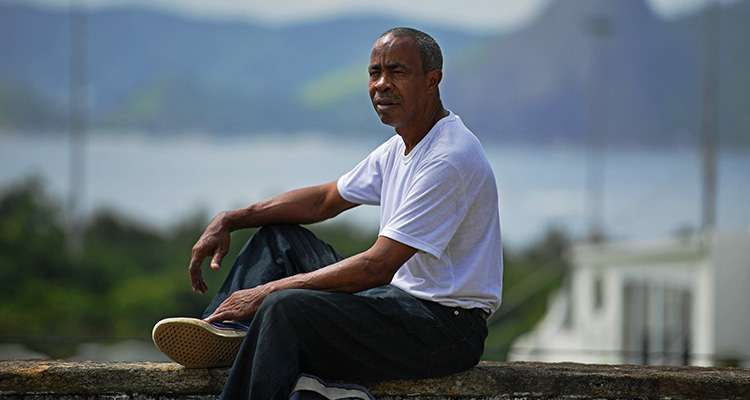 "When you go through Central Station (in Rio), you see dozens of people who have been abandoned like they were nothing."

After talking to various people living on the street, Branco realized singing could give them what they seemed to need most: a voice.

"They said they would like to have a voice because sometimes when someone comes to offer food, they don't sit down to listen to what they have to say," he says.

Since taking on the project, Branco has found that his biggest challenge is not recruiting singers, but keeping them in the choir.

"Being there (in the choir) has to ignite pleasure in a person's heart," he explains. 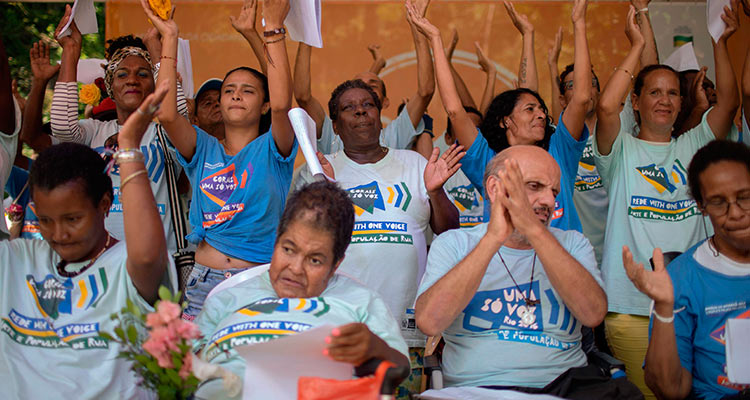 Members of "With One Voice" choir perform during the Good Actions Day Fair. Carl De Souza/AFP

His efforts seem to be paying off.

"It's like a family with marvelous teachers, and everyone respects each other," says Vera Lucia da Silva, 57, who joined the choir two years ago.

"Living on the street is sad, but we have this outlet for happiness."

One of the group's recent shows was at a beachside park in Arpoador, a small peninsula between the tourist hotspots of Ipanema and Copacabana.

Valeria Coelho, a 51-year-old grandmother, beamed as she stood shoulder to shoulder with her fellow choristers singing about friendship and overcoming obstacles.

For Coelho, the choir is therapeutic. 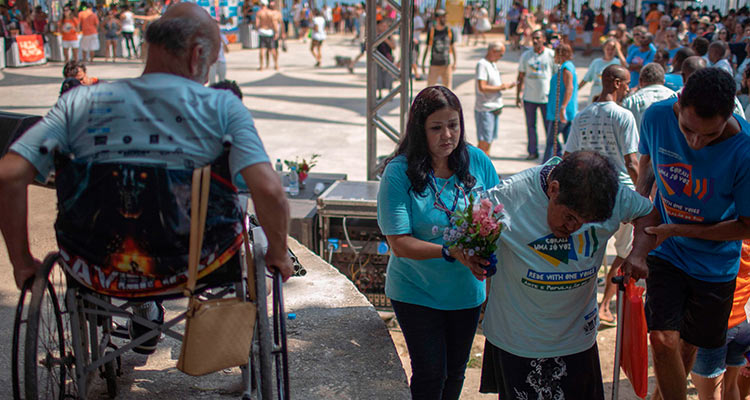 "When I arrive (at rehearsals), I feel heavy, but when I leave, I feel light with my mind and body relaxed," she tells AFP, adding that stepping on stage makes her feel like she's "in the clouds."

People end up on the streets for different reasons, says Branco, underscoring the importance of seeing each member of the choir as an individual.

Many singers have been able to get off the streets, marry or find work.

"They start to recover their dignity, re-evaluate their life and realize that if they can sing, they can do a lot more by themselves," Branco says.

"With One Voice" is also helping drug users and people living in city shelters.

"The human life is the most valuable thing that exists," Branco says.

"The life of a famous person is worth the same as that of a person sleeping on cardboard or under an awning."