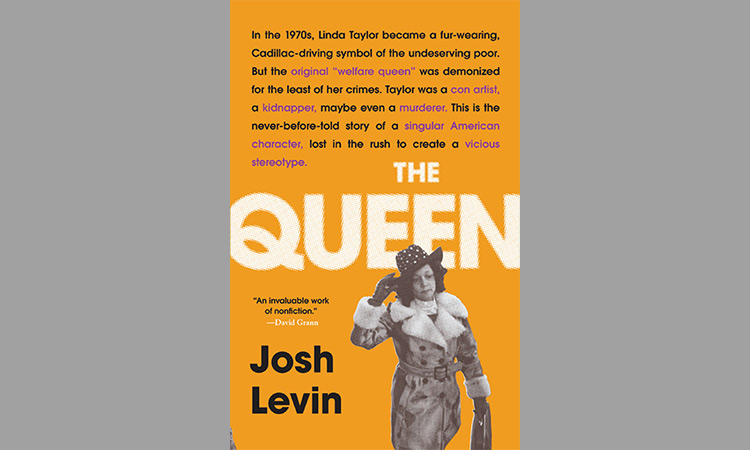 "The Queen" by Josh Levin. TNS

“The Queen” is Josh Levin’s nonfiction portrait of grifter Linda Taylor, a little remembered Chicagoan who loomed large in 1970s and ’80s discussions of welfare fraud. Early in the book Levin gives us this gem about Taylor’s Cadillac: “That car was impossible to miss, parked in the middle of the first sentence of the first article that ever mentioned her name.”

The verve and humor of Levin’s writing mirrors the brazenness of the crimes Taylor committed under various false identities. Here’s another Levin winner from nine pages later: “To stay safe, Linda had to get as far away from Illinois as possible. In a new place, in front of a new audience, she could become a new set of people.”

For its first half, “The Queen” is almost a picaresque. You can feel Levin’s respect for Taylor’s daring as she fakes mental illness on the witness stand, forces her daughter to pretend to be deaf, steals identities (including that same daughter’s), defrauds welfare organizations under multiple names and at multiple addresses, claims to be an heiress, dodges reporters and cops, identifies herself at various times as white or Hawaiian or Latino and becomes Ronald Reagan’s favorite talking point in his first run for the U.S. presidency.

Taylor is like a one-person, low-rent “Ocean’s 11,” and you can’t help but marvel at the ingenuity with which she kept it up for decades. Neither can Levin, who ends virtually every chapter with a cliffhanger, tantalizing us with clues to Taylor’s next big scam.

But there’s a bigger, and grimmer, story here, and Levin gives it its due. In the second half of the book, the writer tries to figure out who Taylor was, whether any of the names she used were real (spoiler alert: They weren’t) and where she came from. He also reckons with the wreckage of Taylor’s crimes, including several children she mistreated (and may have stolen), as well as at least one person she almost certainly murdered.