‘Lost Without the River,’ by Barbara Hoffbeck Scoblic - GulfToday

‘Lost Without the River,’ by Barbara Hoffbeck Scoblic 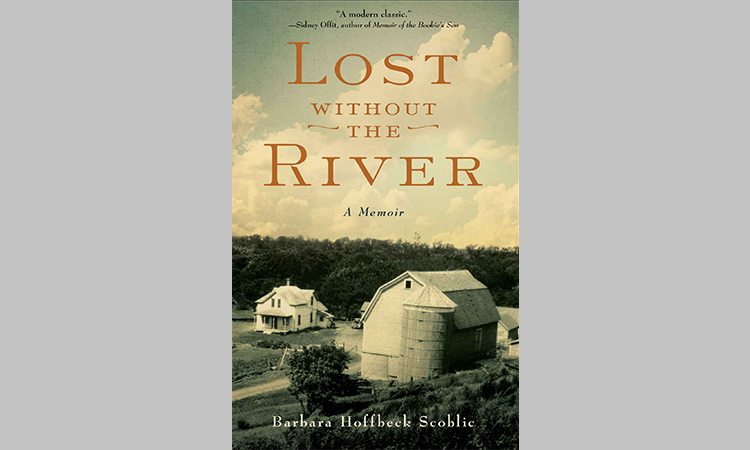 "Lost Without the River" by Barbara Hoffbeck Scoblic. TNS

I may never be able to sort out whether I enjoyed this memoir because I also grew up on a South Dakota dairy farm, or because author Barbara Hoffbeck Scoblic has captured something universal here. We’ll go with the latter, because this is, in truth, a study of family ties and geographic ties that are common to many.

There is a quietude to this memoir that speaks to the Northern Plains, but the themes exist everywhere: the odd couplings that become a marriage, relationships among siblings that irk and support and surprise, and the arc of watching your parents succeed and cope and age.

The Hoffbecks farmed near Big Stone City, just over the Minnesota border. Scoblic has a fine memory for the simplest telling details and blessedly avoids the temptation of ennobling the rustic life with florid prose.

“My mother always carefully brushed the little heaps of flour off the breadboard back into the flour bin after finishing a baking project.”

Such a humdrum memory, but it reveals much about farm life, women’s lives, hard times and values. The chapters about the author’s mother, Myrtle, are especially powerful.

There’s a conversational randomness to how Scoblic chooses to tell her story, which mostly works. A chapter about her mother’s home-baked beans comes out of nowhere but is a joy to read. A longtime resident of New York City, Scoblic mines the theme of the power of place, specifically the river that traced through their farm.

None of the kids remained in South Dakota, and she rightly notes it takes “a great deal of emotional courage to return to that spot where we grew up,” what with how the agricultural economy has foundered. Writing this memoir was no doubt an act of quiet courage, and Scoblic strikes that careful balance between objectivity and love that is essential to preserving such stories.