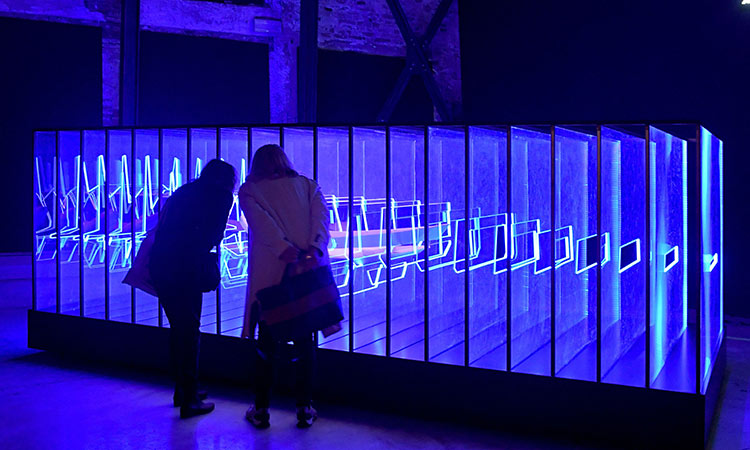 "What elevates art into something special is the fact that it resists closed mentalities," the international exposition's artistic director, American Ralph Rugoff, told AFP ahead of Saturday's opening.

The theme of the world's most prestigious art gathering is "May You Live in Interesting Times", an (apocryphal) ancient Chinese curse that Rugoff says uncannily captures the world today, as the news cycle spins from crisis to crisis.

"What elevates art into something special is the fact that it resists closed mentalities,

For the 2019 edition, which runs until November 24, Rugoff, director of the Hayward Gallery in London, has invited 79 artists to Italy's City of Canals, including for the first time three non-binary artists.

It's a contemporary exhibition: all the works have been made since 2010, and nearly half the artists are aged under 40.

New national pavilions this year include those of Ghana, Madagascar and Pakistan.

The artists, more of whom hail from Asia and the Americas than in previous editions, were commissioned to produce works for the Giardini — gardens created by Napoleon in the 19th century — and the Venetian Arsenal complex of former shipyards.

Poland's Roman Stanczak brings to Venice his "Flight", an aeroplane that the Warsaw-based artist has turned inside out, intended as a metaphorical call for a "reversal of the world." 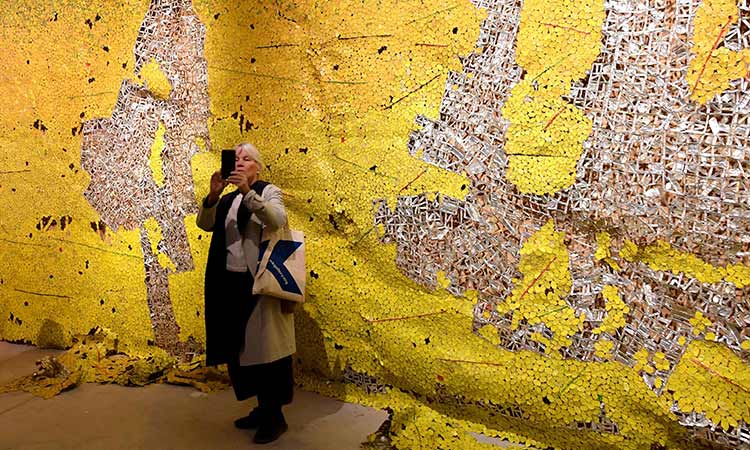 A visitor takes photo with a mobile phone in the Ghana pavilion. Tiziana Fabi/AFP

Rugoff said that art "cannot stem the rise of nationalist movements and authoritarian governments in different parts of the world... nor can it alleviate the tragic fate of displaced peoples across the globe."

"But in an indirect fashion, perhaps art can be a kind of guide for how to live and think in 'interesting times."

The fate of some of those forced to flee their homes and attempt the perilous Mediterranean crossing to Europe is powerfully recalled in Swiss-Icelandic artist Christoph Buechel's "Barca Nostra" ("Our Ship").

Buechel's centrepiece is a rusting fishing vessel that sank in April 2015, killing more than 800 migrants trapped in its hull.

US artist Martin Puryear, widely regarded as one of the nation's most distinguished sculptors, presents "Liberty", a series of works which evoke a battle between darkness and light in a commentary about history and race.