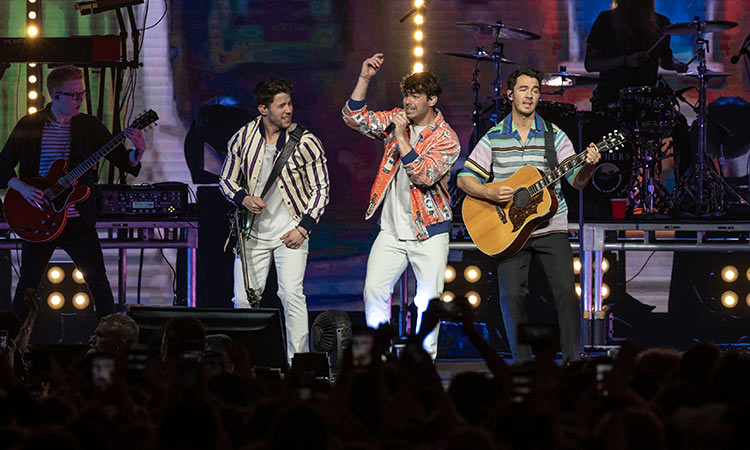 The Jonas Brothers are going out on a “Happiness Begins” tour with a schedule that starts in August and ends in October at the Hollywood Bowl, the group announced Wednesday.

Bebe Rexha and Jordan McGraw are also on the bill.

“The moment we’ve all been waiting for … The #HappinessBeginsTour is coming to a city near YOU. Can’t wait to bring this show to life and hit the road with @beberexha and @jordanmcgraw!,” the band tweeted.

Included in the North American effort, which starts Aug. 7, is an Oct. 6 stop at the Honda Center in Anaheim, and the JoBros will hit the Hollywood Bowl on Oct. 20.

“We all kind of felt that there was a magic … when we’re together that we missed,” Nick Jonas said in March on SiriusXM, discussing the group’s recent decision to reunite. They’d gotten together to work on a documentary a year and a half ago and found themselves drawn together again, he said.

Before the tour, on June 1, the Jonas Brothers will appear at iHeartRadio’s Wango Tango at Dignity Health Sports Park in Carson and then hop over to the U.K. for a concert at Wembley Stadium on June 8.

Tickets go on general sale Friday for Wango Tango and on May 10 for the tour. The Jonas Brothers’ new album, “Happiness Begins,” drops Tuesday.