Woody Allen's film likely to be released in Italy - GulfToday

Woody Allen's film likely to be released in Italy 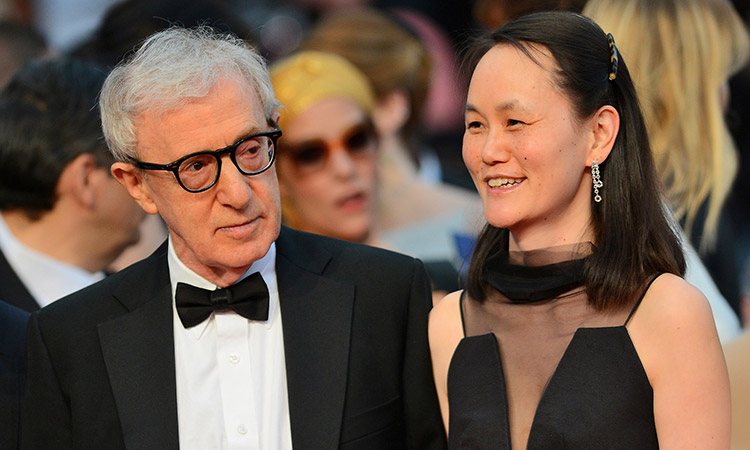 Woody Allen and Soon-Yi Previn arrive at the event. TNS

After being put on the shelf by Amazon, director Woody Allens "A Rainy Day in New York" will reportedly be released in Italy this Fall. It will be released via distributor Lucky Red, a source familiar with the situation told variety.com.

The romantic comedy, starring Timothee Chalamet, Elle Fanning, Selena Gomez and Jude Law, is now being sold by Glen Basner's FilmNation Entertainment, the source said, adding other European deals had also been closed. The film was completed in 2018.

Italy's Lucky Red has confirmed Italian press reports that it will release "A Rainy Day in New York" on October 3, leading to speculation that the film could be premiered at the Venice Film Festival in September.

Allen's film has become toxic in the US because of the renewed attention to the sexual molestation allegations levelled at him by his daughter Dylan Farrow. Allen denies the allegations.

Last June, Amazon broke its four-picture deal with Allen, which included "A Rainy Day in New York", reportedly allowing him to dispose of the film as he pleased. In response, Allen recently sued the shopping giant's streaming service for $68 million.

In the wake of the #MeToo movement and the resurfaced allegations that Allen molested his daughter nearly three decades ago, several actors have distanced themselves from the director, including Chalamet and Gomez who donated their salaries from the film to Time's Up and other organisations.

Allen is working on a new film, backed by Barcelona-based Mediapro, which has financed several other of his films, including "Midnight in Paris."