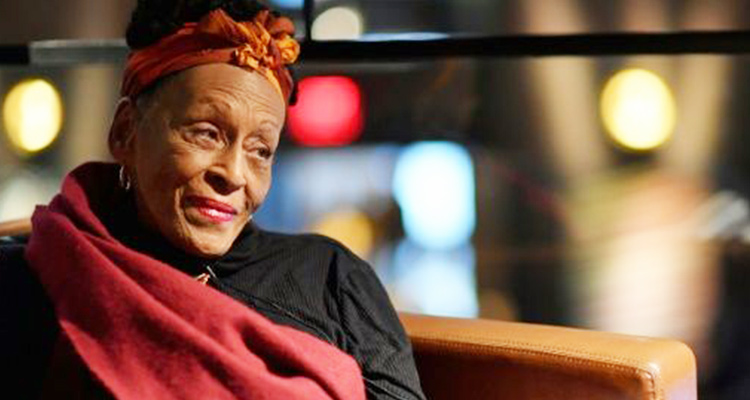 88-year-old singer Omara Portuondo, is still on the road - enchanting audiences worldwide with her lush vocals.

As revolutions go, the emergence of Cuban music collective Buena Vista Social Club was certainly a peaceful one -- but it sent cultural shockwaves still vibrating today.

It is more than 20 years since the ensemble of mostly elderly musicians burst onto the scene in the mid-1990s, going on to win a Grammy and sell millions of albums globally.

But one of its last original living legends, 88-year-old singer Omara Portuondo, is still on the road -- enchanting audiences worldwide with her lush vocals.

"I feel very honoured to be able to take our culture, our music, to the entire world.

"The Cuban music, the essence of being Cuban, the way we make our music and how people receive it with so much fervor ... we have to travel the world," said the octogenarian, whose skin remains smooth and luminous against her crimson painted lips. 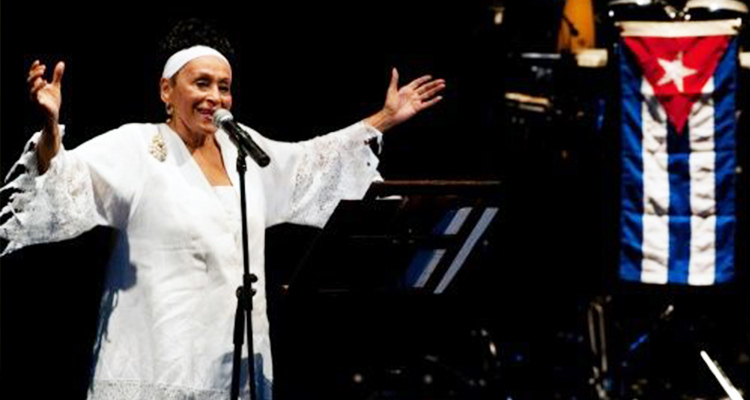 But even if her "Last Kiss" tour truly is her ultimate, Portuondo appears set to keep performing until the end.

Named after a Havana members' only venue, the Buena Vista Social Club became a global household name after putting out the eventual best-selling Cuban album of all time.

It appears nothing can stop the Cuban diva, either. Donning a long white gown with a sheer red floral overlay, she shimmied in her seat as she brought her audience in New York to its feet.

Asked how she's managed to keep performing decades after most hunker down for their twilight years, Portuondo raised her eyebrows at the suggestion she might be considered old.

"I feel like I'm 15!" she laughed, saying that her fountain of youth is simply being born in Cuba.

"We are hot, we love rhythm, joy, life," she said of her brethren.

That sensibility, she added, has ensured the staying power of the Buena Vista Social Club -- whose story has been immortalized in several documentaries including one by the acclaimed German director Wim Wenders. 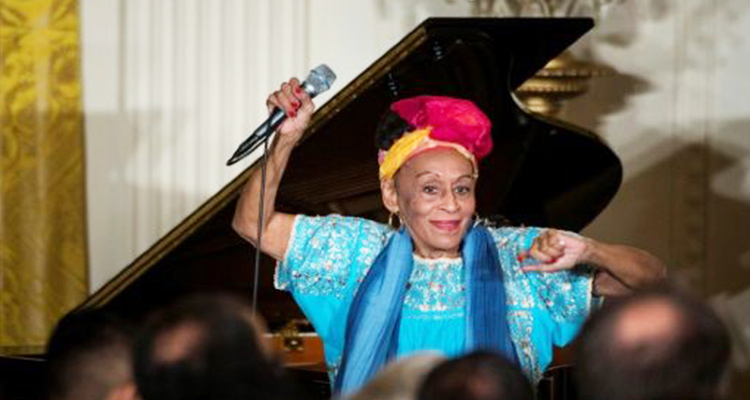 Sporting a shiny red bow in her hair and gold hoop earrings, Portuondo's steamy voice remained clear as ever.

But even if her "Last Kiss" tour truly is her ultimate, Portuondo appears set to keep performing until the end, even if only in her beloved Cuba -- still her favorite spot to play.

"Hello babies!" she crooned to cheers to kick off her Manhattan concert.

When Fonseca, who plays beside her and turns her pages, told the crowd halfway through Portuondo's set the singer would take a break, she gave off airs of surprise.