Marvel films might have superheroes in different sizes - GulfToday 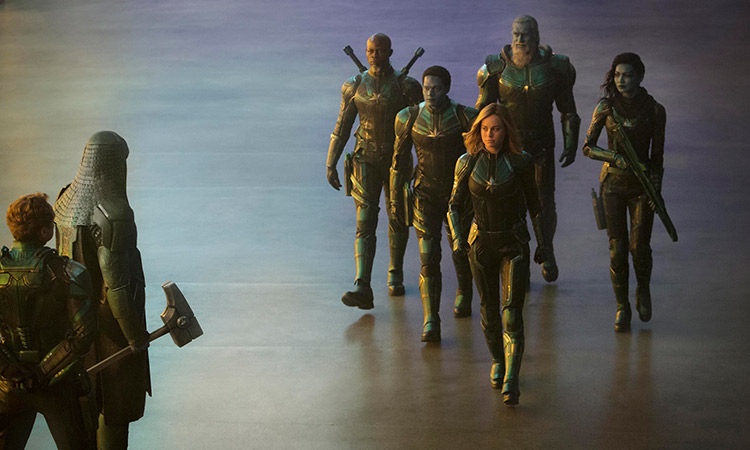 SEOUL: Marvel Studios want their films to "reflect audiences all over the globe that are cheering" their work. Though they are going big on diversity, they are yet to have a plus-size superhero or someone who doesn't have an envious physique. But this might change "sooner than you think", says Marvel Studios President Kevin Feige.

Chris Hemsworth, Brie Larson and Chris Evans are some of the Hollywood stars who have donned the superhero costume for Marvel Cinematic Universe (MCU). It's not just their special skills or superpowers that fans across the world are in love with, but also their jaw-dropping figures.

When IANS asked would Marvel like to introduce superheroes who don't possess the "perfect figure", Feige said here with a laugh: "Yes, I would because then maybe I can be a superhero."

Superheroes generally come in figure-enhancing tights. Doesn't he feel they are being stereotyped?

"Traditionally, if you look at the way they are drawn in the comics, they go to very iconic mythic proportions. We happen to have many actors and actresses who have mythic proportions themselves for real but I will just say yes and perhaps sooner than you think," he said during a group interview here.

MCU, which won Oscars for "Black Panther" that had an ensemble of African-American actors, will continue to focus on diverse characters. Marvel is bringing its first Asian-led superhero film on Shang-Chi. Does Feige see this as a risk?

"I think every movie that we do is a risk. We only want to do movies that people seem to think are risks. Doing the story of an Asian-American hero of Chinese heritage is something that is very intriguing to us. It will be really different and special.

"I hope audiences around the world respond to it in the same way they did to Steve Rogers...whether they have American flag or not," Feige added referring to Steve Roger's aka Captain America who wears a costume bearing the motif of an American flag.

"It's about the individual storyline, spectacle and adventure that come with Marvel Studios movies," he explained.

Is India part of the diversity plan?

"There is no official update but we want our films to reflect the world, to reflect audiences all over the globe that are cheering for our films. We want them to see themselves up there.

"In our comic books, there are a lot of characters and opportunities to do that."

Female superheroes are important as well.

"I think the success of 'Captain Marvel' thankfully proves that people do want to see that (female-led superhero films). Warner Bros. did it first and also proved it and I think 'Captain Marvel' proves that 'Wonder Woman' wasn't just lucky or just one time only. So that is going to be the way we are heading in the future," he said.

As of now, all eyes are on the highly anticipated film "Avengers: Endgame", MCU's 22nd film. It will be the end of a phase that revolved around Iron Man, the Hulk and Captain America, among others.