Jay-Z hails 'strong women' in his life at NAACP Awards 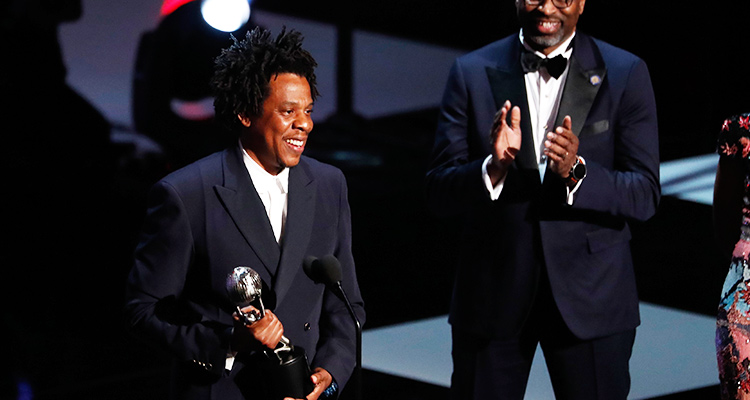 The rapper was honoured at the 2019 naacp Image Awards at the Dolby Theater in Hollywood on Saturday with a special award, reports eonline.com.

Jay-Z started his acceptance speech on a humorous note and said he wanted to quote a "kind-hearted president" and paused, raising a round of laughter from the audience. "I was talking about Donald Glover," he declared.

But it turns out that he wasn't actually quoting Glover, but the 16th President. "Abraham Lincoln had a quote that said, 'It's not the amount of years in your life, it's the amount of life in your years that count in the end.'"

The 49-year-old said the quote "embodied my beautiful grandmother who I would like to dedicate this award to, Hattie White".

"I grew up knowing that I could accomplish anything because of those strong women in my house. I would like to dedicate this award to those beautiful women.

"She is so full of life. Among her other accomplishments, being super great and very tough, she raised seven kids, one little walk up in Brooklyn...," he said of his grandmother. "On top of that, her kids had kids and we all were raised in the same house. One household."

Then he called out his wife and singer Beyonce Knowles. "I'd like to dedicate this award to a beautiful woman in my life, Ms. Beyonce." 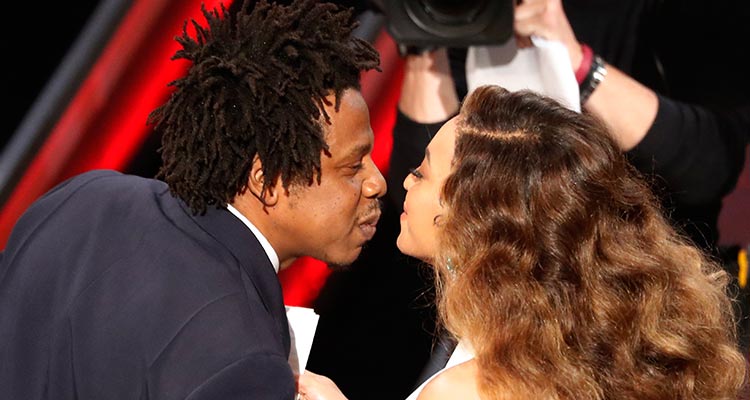 Jay-Z with wife Beyonce at the NAACP Awards.

"Shawn Carter (Jay-Z) has been committed to shedding light on the issues that plague the black community, including systematic racism and unjust treatment under the law, utilising his global platform to create everlasting change," said naacp President Derrick Johnson describing the purpose of the award, in a statement on Thursday.

Introducing Jay-Z, Johnson described him as someone who has "changed the very fabric of culture of America", before handing over the trophy.

"There is no better time than now, as we celebrate our 50th year, to honour him with this award," Johnson said.