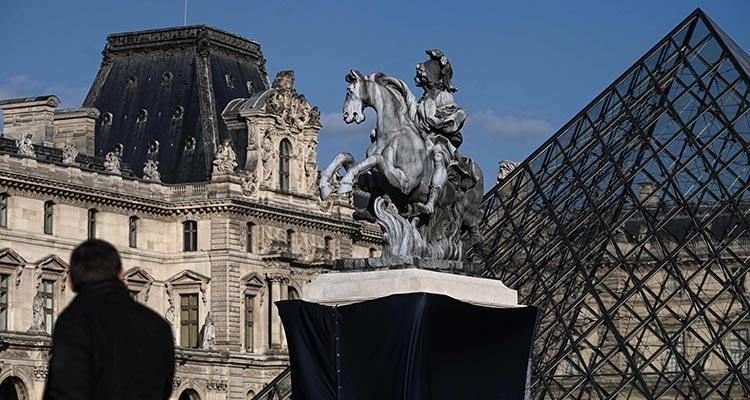 PARIS: It was once decried as an architectural "obscenity", but as the Louvre's glass pyramid turns 30 on Friday, it has become a cherished icon of the French capital.

One eminent writer called for revolt in the streets when French president Francois Mitterrand's flamboyant culture minister Jack Lang first unveiled the plans for what is now regarded as Chinese-American architect I. M. Pei's masterpiece.

Plonking a modernist pyramid into the centre of a Renaissance palace was considered sacrilege, with one satirical magazine calling it a tomb and joking that Mitterrand — who was suffering from cancer — "wants to be the first pharaoh in our history."

Pei — who will be 102 next month — remembers "receiving many angry glances in the streets", with up to 90 percent of Parisians said to be against the project at one point.

Yet in the end, even that stern critic of modernist "carbuncles", Britain's Prince Charles, pronounced it "marvellous." 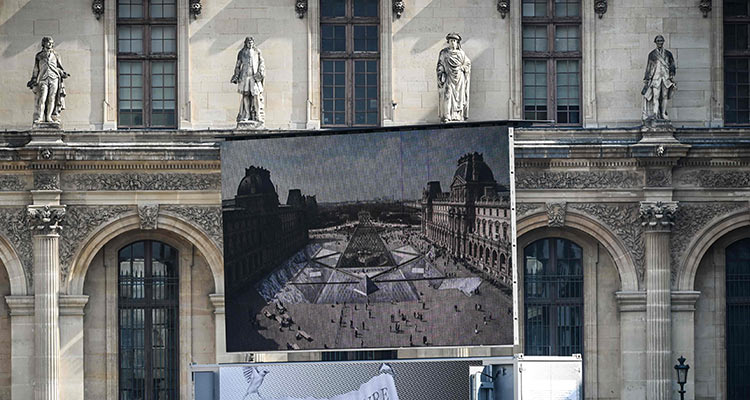 A large screen showing the progression of the installation of the new art work by JR. Photographer: Philippe Lopez/AFP

Over the next few days, JR, one of the world's most famous street artists, will create a huge collage with the help of 400 volunteers to celebrate its 30th birthday by revealing "the Secret of the Grand Pyramid."

The sphinx-like Mitterrand, who had embarked on a string of grand projects to transform the French capital, hedged his bets from the start.

"It's a good idea, but like all good ideas it is difficult to do," the wily old Socialist leader had warned Lang.

A whole wing of the Louvre was then occupied by the French ministry of finance, which held the purse strings of the state, and would be difficult to budge.

The museum's huge "Napoleon Courtyard was an appalling car park," Lang said. "The museum was handicapped by the lack of a central entrance."

Pei's masterstroke was to link the three wings of the world's most visited museum with vast underground galleries bathed in light from his glass and steel pyramid.

Such was his success that the conservative French daily Le Figaro, which had led the campaign against his "atrocious" design for years, celebrated his genius with a supplement on the 10th anniversary of the pyramid's opening in 1999. 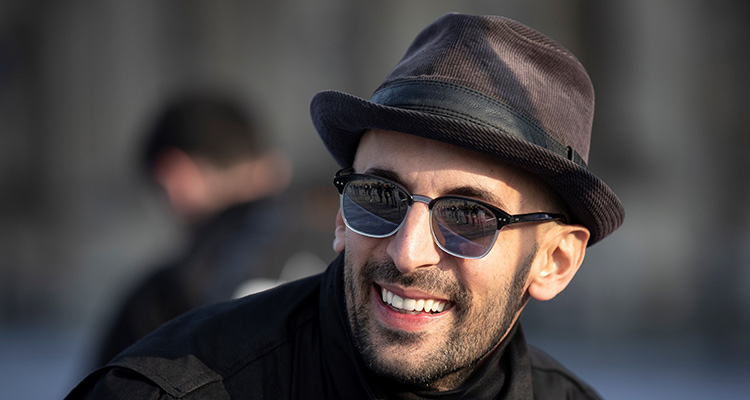 Pei, who grew up in Hong Kong and Shanghai, was not the obvious choice for the job, having never worked on a historic building before.

But Mitterrand was so impressed with his modernist extension to the National Gallery of Art in Washington DC that he insisted he was the man for the Louvre.

Already in his mid-60s when the project began, nothing had prepared Pei for the hostility his plans would receive.

He needed all his tact and dry humour to survive a series of encounters with planning officials and historians.

You're not in Dallas now

One meeting with the French historic monuments commission in January 1984 ended in uproar, with Pei unable even to present his ideas.

"The Louvre is the only museum in the world whose entrance is a work of art.

"You are not in Dallas now!" one of the experts shouted at him during the "terrible session", where he felt the target of anti-Chinese racism.

Not even Pei's winning of the Pritzker Prize, the "Nobel of architecture" in 1983, assuaged his detractors.

Lang told he is still "surprised by the violence of the opposition" to Pei's ideas.

"The pyramid is right at the centre of a monument central to the history of France (the Louvre is the former palace of the country's kings.)"

The Louvre's then director, Andre Chabaud, resigned in 1983 in protest at the "architectural risks" Pei's vision posed.

The present incumbent, however, is in no doubt that the pyramid helped turn the museum around. 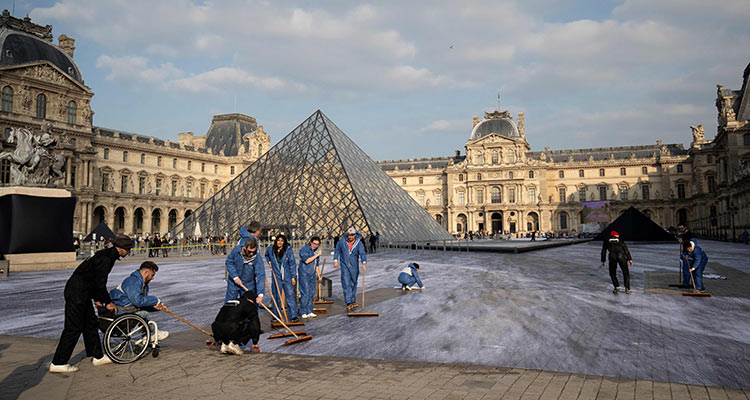 Jean-Luc Martinez is all the more convinced having worked with Pei in recent years to adapt his plans to cope with the museum's growing popularity.

Pei's original design was for up to two million visitors a year. Last year the Louvre welcomed more than 10 million.

"The Louvre is the only museum in the world whose entrance is a work of art," Martinez insisted.

The pyramid is "the modern symbol of the museum", he said, "an icon on the same level" as the Louvre's most revered artworks such as the "Mona Lisa" or the "Venus de Milo".

Pei is not alone in being savaged for changing the cherished landscape of Paris.

In 1887, a group of intellectuals that included Emile Zola and Guy de Maupassant published a letter in the newspaper Le Temps to protest the building of the "useless and monstrous Eiffel Tower", an "odious column of sheet metal with bolts."