'Afghan American Idol' won by a woman for the first time 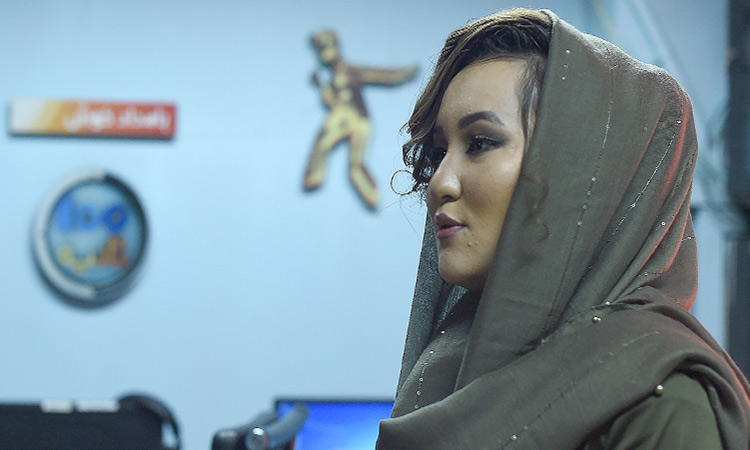 An Afghan woman has become the first to win a popular singing competition, with her victory coming as fears grow that women could lose hard-won rights if the US does a peace deal with the Taliban.

Zahra Elham, in her 20s and from Afghanistan’s Hazara ethnic minority, snatched first place from her male runner-up on Afghan Star — a local version of American Idol — in which hundreds of men and women have competed for 14 seasons.

"I popped the hearts of men out of their chests today," a happy Elham told the audience during the contest's finale late Thursday.

"I am so so happy, I cannot even find words to express my feelings... Today, I represent all the girls of Afghanistan. Today not only Zahra Elham but all the girls in Afghanistan have won," she said amid cheers, applause and even tears from the admiring audience.

"Your win is a slap in the face of jealous Afghan men.

Known for her high pitch and raspy voice, she had previously said she wanted to break the grasp of male winners on the competition, first launched in 2005 and one of Afghanistan’s most popular television shows.

"Your win is a slap in the face of jealous Afghan men," Sonita Rasa wrote on Zahra's Facebook page.

"Hope you don't disappear after this big win and hope the situation allows you to continue to get to your dreams," Tanin, another user, wrote.

As talks between Washington and the Taliban aimed at ending the long war progress, many Afghans fear a premature US withdrawal could see the Taliban return to some semblance of power.

Young women, keenly aware of how their gender was banished behind doors and beneath burkas under Taliban rule, are among the most vocal in warning they will not compromise their hard-won rights if the insurgents return.

The Taliban have given few details of what they want in Afghanistan, and it is unclear what a post-conflict government would look like — but the militants have never been in favour of women, or shows like afghan Star.

"Peace is on its way, hope the future peace has the Afghan Star contest in it," Mustafa Azizyar, the show's presenter said, after presenting the trophy.