Dubai’s growth as an art destination is incredible: Chittrovanua Mazumdar 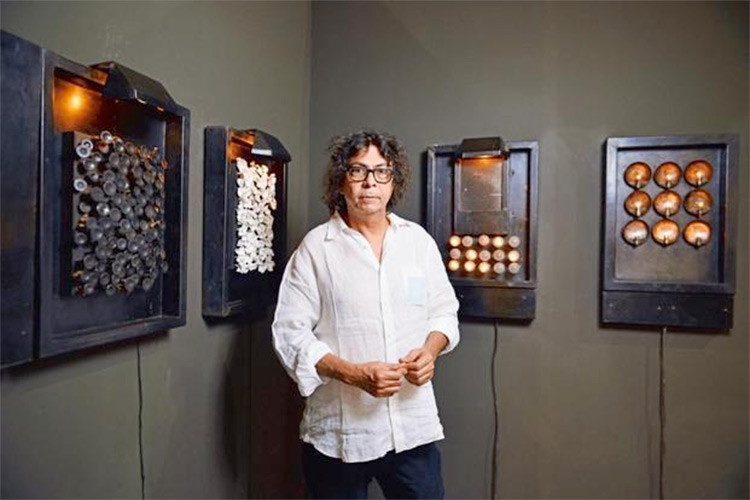 DUBAI: The onset of summer in Dubai has always been associated with art exhibitions in the emirate, where artists from all across the globe descend to be a part of the much-talked about series of art events taking place. The summer in Dubai brings beautiful and creative minds from the world to the emirates, where they meet, discuss and inspire each other with their body of work.

One such celebrated artist who has just arrived in Dubai to display his work is Paris-born Indian artist Chittrovanua Mazumdar, whose solo show “Tracing the Skin of Day” is on display at d.academy, Warehouse 44, at Alserkal Avenue, Dubai, from March 19 to April 30.

In “Tracing the Skin of Day,” the artist brings together a body of work that investigates the erosion, decay and ultimate reconstitution of our lived environments. This cycle shifts through multiple registers, existing in the physical space as well as the realm of memory. By seamlessly intertwining these two lines of experience, Mazumdar’s work gives weight to the psychic conditions we inhabit.

In much of Mazumdar’s work, space is given shape with the use of light – light that illuminates walls and holes.

Set into the darkness, the light pulls the gaze, momentarily blinding the viewer from the surrounding area. It holds the viewer’s attention, slowly revealing the form of the object. The singular effect of light is one that the artist experiences in Jharkhand, India’s poorest state. It is a place where light is scarce and precious.

Talking about his latest show with Gulf Today on Monday afternoon at the gallery in Dubai, he said, “I did not have much time to prepare for the show. So you can call the exhibition as a kind of pop-up show. I have picked up things from my various exhibitions that I have organised across the world, in bits and pieces. It is an assorted body of work. 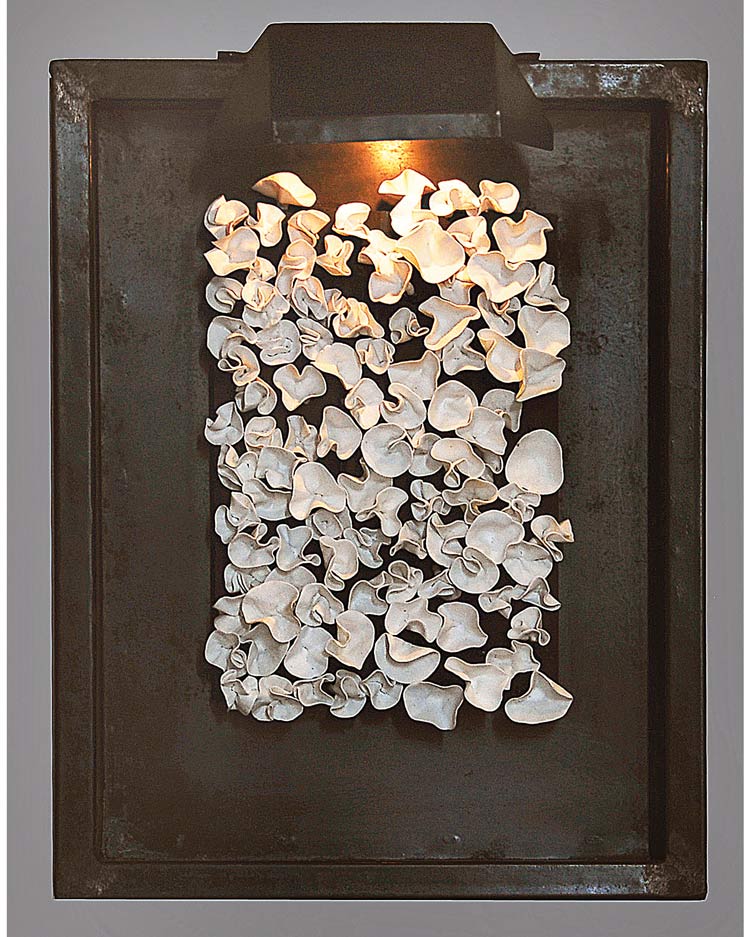 One of the art of Chittrovanua Mazumdar is on display.

“I wanted to give a glimpse of my work in this exhibition, but the structure is the same, like questioning light, questioning sound, etc,” he added.

A frequent visitor to Dubai, Mazumdar said, “I have been coming to Dubai for around 15 years. Whenever there is an exhibition we come and set up our exhibition. Dubai has been very kind.”

A globetrotter himself, Mazumdar goes to Venice, Paris, New York and many more art destinations of the world every year. When asked to compare with Dubai, he said, “Dubai’s growth as an art destination is incredible. When I would come earlier, there were few art galleries and not much of art, but today you see Dubai is a thriving art international market. This growth is phenomenal.”

Mazumdar spends most of his time in Kolkata, India, at his studio. Talking about that he said, “Most of my work is done at my studio in Kolkata.”

While you talk to the artist he never forgets to mention the name of Jharkhand, India. Talking about that, he said, “My father long time back bought a large plot of land in Jharkhand and wanted to escape the city, hence we would spend most of our holidays in Jharkhand while growing up. Even now I go there and am attached to the place.”

Praising the Indian state, he said, “Silence, extraordinary landscape, innocent people and starlet nights are amazing. Most of my reading and works are conceived in Jharkhand.”

Recalling his childhood, the son of a French mother and Indian father said, “My father had enrolled me in a village school for some time. It was very strange education for me. At home we would speak French, English and Bengali and then had to go village schools, despite the fact that both my parents were highly educated. Now, I realise why he sent me to village schools. He wanted me to taste what life was all about in India. It was a very difficult time for me then but was he was much ahead of his time. He wanted me to learn the basics very well.”

Starting his career as a painter, Mazumdar explored other mediums of art also to express himself. Sharing his exploration into another medium, he said, “I started as a painter, then I also chose other art forms, like metal works, sound work. I do video and I like photography also to express my ideas. Some ideas you can›t do in painting, so there have to be other mediums to express.” He added, “My father was an artist, and that’s how I picked up the brush very early on in life. I could smell pain at my home. I would see my father doing painting and hence it comes naturally to me.”

When asked what inspires and rejuvenates him, he said, “I am into reading and music and that is enough for me to relax.” 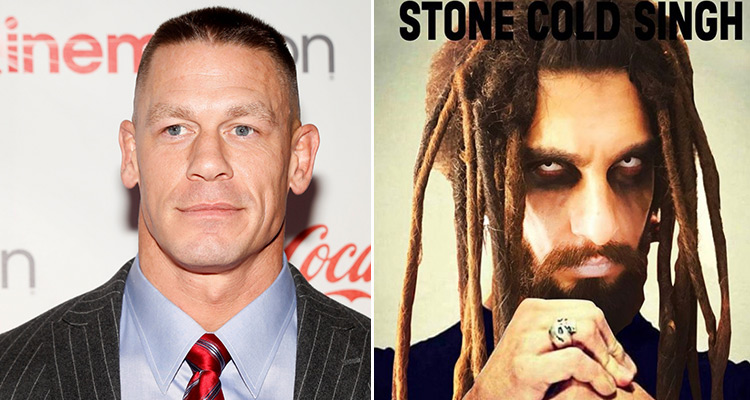