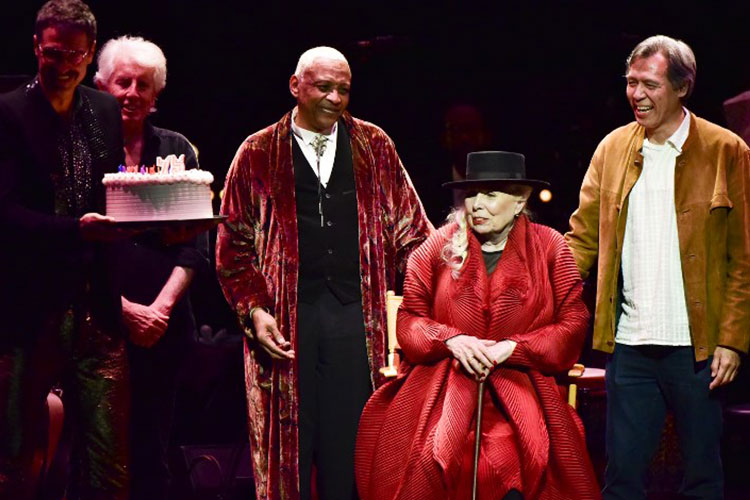 LOS ANGELES: A collection of Joni Mitchell’s artwork is to be made available to the public this year.

The book, Morning Glory on the Vine: Early Songs and Drawings, is a collection of hand-written lyrics and paintings that was originally created as a Christmas present for her friends and family nearly 50 years ago. The artwork anthology was created in 1971, the same year she released the album Blue.

"The existing copies of this labour of love have rarely been seen in the past half-century," a press release said.

Originally, there were only a hundred copies produced, but it will now be available as a new edition featuring additional pieces along with a brand new foreword from Mitchell.

It has been described as “a gorgeous and intimate keepsake and an invitation to explore anew the dazzling, visionary world of Joni Mitchell", and as a reflection on her career following her landmark 75th birthday in November last year.

Mitchell’s last project was released in 2018: a video album of her 1970 Isle of Wight Festival performance featuring nine songs from the album Both Sides Now. It was filmed by Murray Lerner, who also caught sets by The Who, The Doors and Miles Davis’ on camera.

The Mitchell book is the latest musician's work to be published by Houghton Mifflin Harcourt, who released The Flame – a collection of poetry from fellow singer-song writer Leonard Cohen – in 2018.