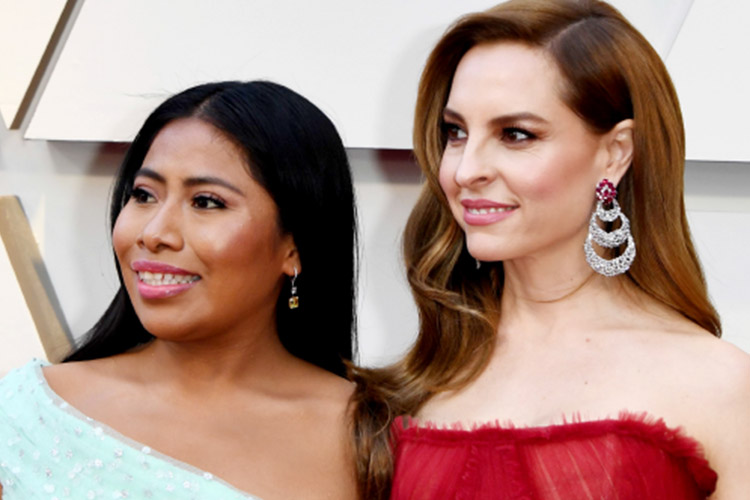 When Steven Spielberg speaks about the business of Hollywood, everyone generally listens and few dissent. But reports that he intends to support rule changes that could block Netflix from Oscars-eligibility have provoked a heated, and unwieldy, debate online this weekend. It has found the legendary filmmaker at odds with some industry heavyweights, who have pointed out that Netflix has been an important supporter of minority filmmakers and stories, especially in awards campaigns, while also reigniting the ongoing streaming versus theatrical debate.

Spielberg has weighed in before on whether streaming movies should compete for the film industry’s most prestigious award (TV movies, he said last year, should compete for Emmys), but that was before Netflix nearly succeeded in getting its first best picture Oscar for Alfonso Cuaron’s “Roma” at last month’s Academy Awards. Netflix, of course, did not win the top award — “Green Book,” which was produced partially by Spielberg’s Amblin Entertainment, did.

Still, Netflix was a legitimate contender and this year, the streaming service is likely to step up its awards game even more with Martin Scorsese’s “The Irishman,” which The Hollywood Reporter said may be also gunning for a wide-theatrical release. A teaser ad aired during the 91st Oscars for the gangster drama said “in theatres next fall,” instead of the “in select theatres” phrasing that was used for “Roma.”

But Netflix also isn’t playing by the same rules as other studios. The company doesn’t report theatrical grosses, for one, and it’s been vexing some more traditional Hollywood executives throughout this award season and there have been whispers in recent weeks that a reckoning is coming.

Now, Spielberg and others are planning to do something about it by supporting a revised film academy regulation at an upcoming meeting of the organisation’s board of governors that would disqualify Netflix from the Oscars, or at least how the streaming giant currently operates during awards season.

This year “Roma” got a limited theatrical qualifying run and an expensive campaign with one of the industry’s most successful awards publicists, Lisa Taback, leading the charge. But Netflix, operates somewhat outside of the industry while also infiltrating its most important institutions, like the Oscars and the Motion Picture Association of America. Some like Spielberg, are worried about what that will mean for the future of movies.

“Steven feels strongly about the difference between the streaming and theatrical situation,” an Amblin spokesperson told IndieWire’s Anne Thompson late last week. “He’ll be happy if the others will join (his campaign) when that comes up. He will see what happens.”

An Amblin representative said Sunday there was nothing to add.

But some see Spielberg’s position as wrong-minded, especially when it comes to the Academy Awards, which requires a theatrical run to be eligible for an award. Many online have pointed out the hypocrisy that the organisation allows members to watch films on DVD screeners before voting.

Filmmaker Ava DuVernay tweeted at the film academy’s handle in response to the news that the topic would be discussed at a board of governors meeting, which is comprised of only 54 people out of over 8,000 members.

“I hope if this is true, that you’ll have filmmakers in the room or read statements from directors like me who feel differently,” DuVernay wrote.

Some took a more direct approach, questioning whether Spielberg understands how important Netflix has been to minority filmmakers in recent years.

Franklin Leonard, who founded The BlackList, which surveys the best unproduced scripts in Hollywood, noted that Netflix’s first four major Oscar campaigns were all by and about people of colour: “Beasts of No Nation,” ‘’The 13th,” ‘’Mudbound” and “Roma.”

“It’s possible that Steven Spielberg doesn’t know how difficult it is to get movies made in the legacy system as a woman or a person of colour. In his extraordinary career, he hasn’t exactly produced or executive produced many films directed by them,” Leonard tweeted last week. “By my count, Spielberg does one roughly every two decades.”

It’s important to note that Netflix didn’t produce “Beasts of No Nation,” ‘’Mudbound” or “Roma,” but rather acquired them for distribution. But if Oscar campaigns are no longer part of the equation in a Netflix-partnership, top-tier filmmakers are likely to take their talents and films elsewhere.

Others, like “First Reformed” filmmaker Paul Schrader, had a slightly different take.

“The notion of squeezing 200+ people into a dark unventilated space to see a flickering image was created by exhibition economics not any notion of the ‘theatrical experience,’” Schrader wrote in a Facebook post last week. “Netflix allows many financially marginal films to have a platform and that’s a good thing.”

But his Academy Award-nominated film, he thinks, would have gotten lost on Netflix and possibly, “Relegated to film esoterica.” Netflix had the option to purchase the film out of the Toronto International Film Festival and didn’t. A24 did and stuck with the provocative film through awards season.

“Distribution models are in a flux,” Schrader concluded. “It’s not as simple as theatrical versus streaming.”

One thing is certain, however: Netflix is not going away any time soon and how it integrates with the traditional structures of Hollywood, like the Oscars, is a story that’s still being written.

Sean Baker, who directed “The Florida Project,” suggested a compromise: That Netflix offered a “theatrical tier” to pricing plans, which would allow members to see its films in theaters for free.

“I know I’d spend an extra 2 dollars a month to see films like ‘Roma’ or ‘Buster Scruggs’ on the big screen,” Baker tweeted. “Just an idea with no details ironed out. But we need to find solutions like this in which everybody bends a bit in order to keep the film community (which includes theatre owners, film festivals and competitive distributors) alive and kicking.”

Netflix has acquired the rights to Gabriel Garcia Marquez’s ‘One Hundred Years of Solitude,’ one of the most celebrated novels of the 20th century.

The streaming company announced that it will adapt the 1967 book into a Spanish language series. “One Hundred Years of Solitude,” which has sold an estimated 47 million copies and been translated into 46 languages, has never before been adapted for the screen.

While other Garcia Marquez novels have been turned into films such as “Love in the Time of Cholera” and “Chronicles of a Death Foretold,” the Nobel Prize-winning Colombian novelist doubted how the expansive and mythical “One Hundred Years of Solitude” could be adapted. Garcia Marquez died in 2014.

“For decades our father was reluctant to sell the film rights to ‘One Hundred Years of Solitude’ because he believed that it could not be made under the time constraints of a feature film, or that producing it in a language other than Spanish would not do it justice,” Garcia said. “But in the current golden age of series, with the level of talented writing and directing, the cinematic quality of content, and the acceptance by worldwide audiences of programmes in foreign languages, the time could not be better to bring an adaptation to the extraordinary global viewership that Netflix provides.”

The Oscar-winning “Roma” and the Pablo Escobar series “Narcos” are among the Spanish-language originals that have been successes for Netflix.

“One Hundred Years of Solitude” is about multiple generations of the Buendia family told across a century. It’s considered one of the greatest works of magical realism, a genre Garcia Marquez popularised in which the fantastical and the real were wedded as one.