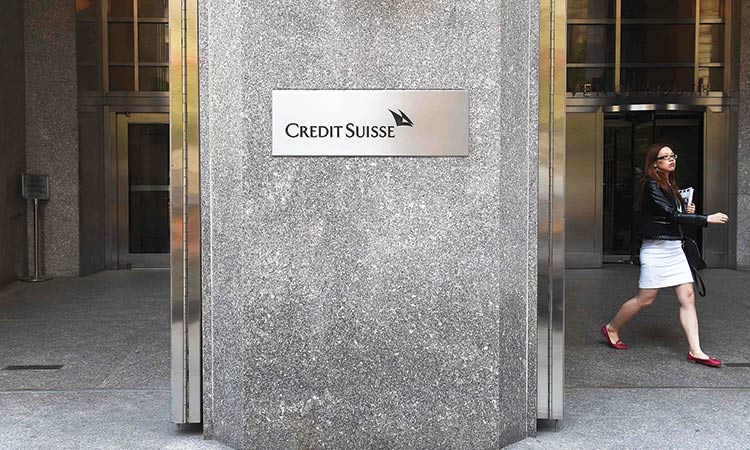 A woman walks past a branch of Credit Suisse in New York. Agence France-Presse

Deutsche Bank passed an annual health check by the Federal Reserve, clearing a second hurdle at a critical time for the German lender in tests administered by the US central bank that measure banks’ ability to weather a major economic downturn.

However, the Federal Reserve placed conditions on Credit Suisse’s US operations after finding weaknesses in its capital planning processes.

The results provide a boost to the Wall Street operations of Deutsche Bank, Germany’s largest lender, which have been plagued by litigation, underperformance and regulatory investigations.

The tests assess whether it is safe for banks to implement their capital plans, including using extra capital for stock buybacks, dividends and other purposes beyond providing a cushion against losses. They are designed to avoid the taxpayer bailouts the government resorted to in the 2007-09 financial crisis.

Deutsche Bank’s US shares were up as much as 6 per cent in after-the-bell trading following the announcement. Credit Suisse’s US shares fell as much as 3 per cent.

The Fed approved the capital plans of the 16 other banks that underwent this year’s test, which includes the nation’s largest lenders like JPMorgan Chase, Bank of America and Citigroup.

JPMorgan following the test results announced plans to increase its quarterly dividend to 90 cents per share from 80 cents, starting in the third quarter, and buy back up to $29.4 billion of shares over the next year.

JPMorgan shares rose as much as 1.9 per cent while Bank of America shares were up 1.8 per cent and Citigroup advanced 1.5 per cent after-the-bell.

JPMorgan was asked to resubmit its proposal after the Fed assessed its initial plan would result in the bank’s falling below the minimum capital it is required to hold to cope with a downturn.

Banks normally resubmit when they are pushing to return the maximum amount of capital possible to shareholders and overestimate what the Fed will allow them to do in their initial proposal, banking and regulatory sources say.

The Fed’s stamp of approval gives Deutsche a major boost as it works on a restructuring plan. Deutsche flunked the test in 2015, 2016 and 2018. Another failure would have further damaged confidence among clients and investors at a time when Chief Executive Christian Sewing is battling to turn around the bank.

The Federal Reserve, meanwhile, ordered Credit Suisse to address weaknesses in its capital adequacy process by October, and restricted its capital distributions to last year’s levels until the weaknesses are addressed. The Fed said it had identified “weaknesses in the assumptions used by the firm to project stressed trading losses that raise concerns about the firm’s capital adequacy and capital planning process.” It gave no further detail.

Credit Suisse, in an emailed statement, acknowledged the concerns relayed by the Fed and said it expected to remediate the issues by the October deadline.

The Fed said in a statement that the nation’s largest banks all have strong capital levels and “virtually all” are meeting supervisory expectations for capital planning.

Deutsche’s passing grade reflected the significant progress the bank had made in addressing its weaknesses around capital planning, although some issues remain, according to a senior Fed official.

Deutsche’s Sewing told investors at the annual shareholders’ meeting last month that the bank planned to make “tough cutbacks” at its investment bank to appease investors unhappy with its underperformance. Those plans are likely to see the bank’s US equities business shrunk to a skeleton operation, Reuters reported this month.

The stress test outcome means that Deutsche is now free to make payments to its German parent without approval from the Fed, a restriction which was imposed following the stress test failure last year.

Deutsche maintained a large presence on Wall Street after the 2007-2009 financial crisis, while Credit Suisse made big cuts. However, Deutsche’s efforts to compete with US rivals have been hampered by litigation and regulatory investigations.

All the 18 banks easily cleared the first portion of the Fed’s annual stress test last week, showing they would easily have enough capital to keep lending during a severe economic downturn.

The second test was more rigorous, assessing whether it is safe for banks to implement their capital plans.

This year’s tests are more streamlined following a Fed review of the process. Roughly half as many banks were tested in 2019 compared to 2018, as the Fed moved to a two-year testing cycle for smaller firms. 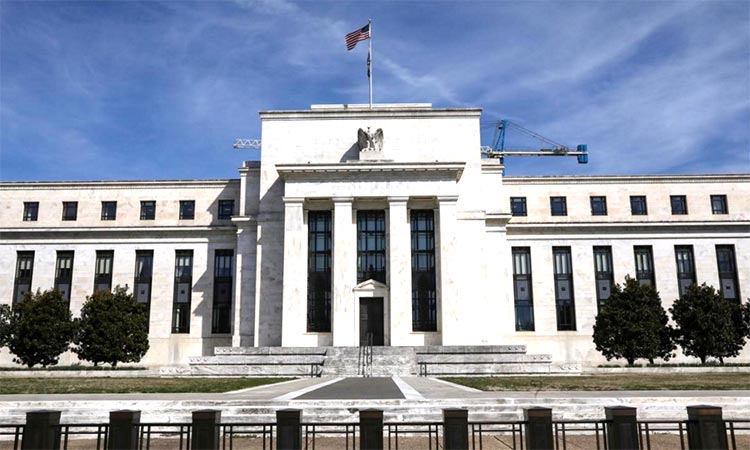 The Fed cant seem to satisfy bond traders or Trump

Who said it? “A small rate cut is not enough, but we will win anyway!” The answer, technically, is President Donald Trump, who again this week fumed about the European Union and China on Twitter while lamenting that the Federal Reserve raised interest rates “way too early and way too much.” But it just as well