Capgemini to acquire Altran for $4.10 billion in expansion plan - GulfToday

Capgemini to acquire Altran for $4.10 billion in expansion plan 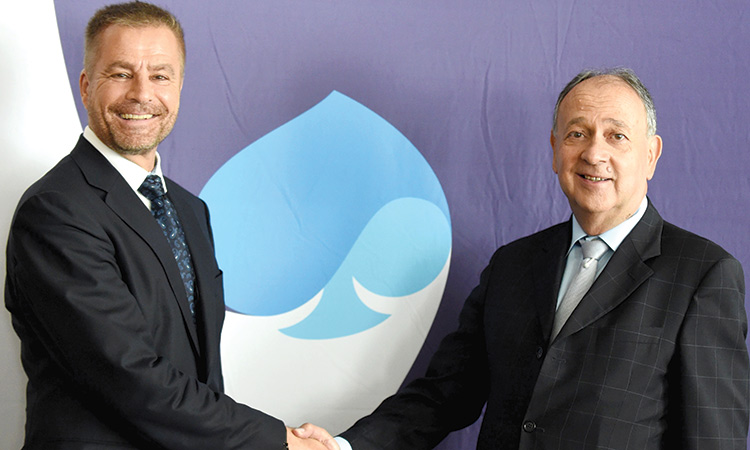 Dominique Cerutti and Paul Hermelin at a press meet in Paris on Tuesday. Agence France-Presse

With the acquisition, Capgemini said it hoped to respond to demand from its customers - companies in industries ranging from telecom to aerospace - to outsource engineers as well as research and development teams.

Capgemini said it would offer 14 euros per Altran share in cash, representing a 22% premium over Altran’s Monday closing price of 11.47 euros. The deal is expected to be completed by the end of 2019.

Capgemini said it would pay 3.6 billion euros in cash and would assume Altran’s net debt of 1.4 billion euros. The tender offer will be launched once regulatory approvals are secured.

Capgemini also expects to achieve cost reduction of 70-100 million euros within three years and boost sales by 200-350 million euros on the back of new services offered to the companies’ existing customers.

The combined company would have annual revenues of 17 billion euros and more than 250,000 employees.

“Capgemini and Altran will create a leader in engineering and research and development, a market expanding by 9% a year over the coming years,” Paul Hermelin told reporters on a conference call. Governance of the combined entity was not disclosed.

Capgemini said it had already secured the approval of private equity fund Apax Partners, which owns 11% of Altran alongside other shareholders.

Hermelin said he did not expect the merged company to be required to dispose any assets by regulatory authorities, given each company’s limited market share in a fragmented market dominated by players such as US firm Accenture and Germany’s SAP.

A source with knowledge of the transaction told Reuters Perella Weinberg Partners advised Altran while Lazard worked with Capgemini on the deal.

With the acquisition, Capgemini said it hoped to tap into demand from its customers in industries ranging from telecom to aerospace to outsource engineers as well as research and development teams.

Capgemini shares were up 5.9% in early session trading, having touched their highest level since late April, while Altran climbed 21.6%.

“Not without risk, but creates value nevertheless,” wrote Invest Securities in a note, as it raised its rating on Capgemini to “neutral” from “sell.”

Late on Monday, Capgemini said it would offer 14 euros per Altran share in cash, representing a 22% premium over Altran’s Monday closing price of 11.47 euros. The combined company would have annual revenues of 17 billion euros.

Capgemini expects the deal will result in large cost savings and will add more than 25% to its earnings per share by 2023.

“We think the deal makes strategic sense, helping Capgemini to capitalise on the digital transformation of industrial companies,” wrote analysts at Credit Suisse.

The multi-billion euro merger of two of Europe’s big business consultancies capped losses for its major stock markets on Tuesday as Middle East tensions and doubts about the chances of progress in US-China trade talks this week weighed on sentiment.

The pan-European STOXX 600 index dipped 0.13% in the first hour of trading, but the technology sector was up around half a per cent on the back of Capgemini’s purchase of smaller rival Altran for 3.6 billion euros.

After three weeks of solid gains that have reclaimed almost all of a May sell-off that generated European shares’ worst monthly performance in more than two years, sentiment remained shaky.

A US official also said on Monday that Trump was “comfortable with any outcome” from talks with Chinese President Xi Jinping when they meet at a G20 summit this weekend, cooling hopes for a substantive breakthrough.

“The US communicated that the market shouldn’t put up their hopes too high for the coming G20 meeting,” said Teeuwe Mevissen, a senior market economist at Rabobank.