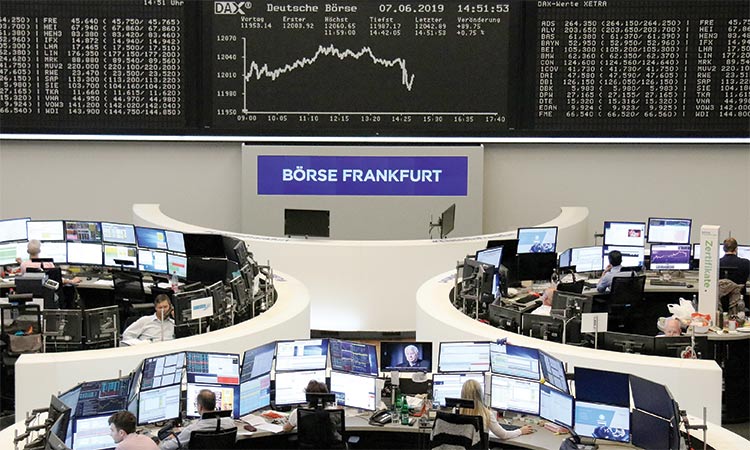 The curve of the German share price index DAX board is pictured at the Frankfurt Stock Exchange. Reuters

Investors in the European Union and Switzerland will lose direct access to each others› stock exchanges from July 1 in an escalating row over a stalled partnership treaty.

Frustrated with Swiss foot-dragging, the European Commission will not propose extending the equivalence regime that lets EU investors trade on Swiss bourses, effectively ending it as of July 1, an EU diplomat told Reuters on Saturday.

Friday was the deadline for the Commission to make such a proposal, but it will refrain from doing so because Bern did not endorse a partnership treaty with the EU that had been negotiated for years, the diplomat said.

The move by its biggest trading partner will prompt retaliation from Bern, which last year drew up contingency plans to block by decree trading of Swiss shares on EU-based exchanges.

«Should the EU not extend Swiss exchanges› access to the EU market Switzerland would activate the protective measures decided on 8 June 2018 with effect from the end of June,» a government spokesman said by email.

The blue-chip Swiss Market Index ended down 0.6% but off session lows shortly before the market close.

Bern›s request this month for «clarifications» on three areas - protecting wages, regulating state aid and defining the rights of EU citizens in Switzerland − is seen in Brussels as demands to reopen the treaty text, which the EU refuses to do.

Granting stock market equivalence is the EU›s major leverage in trying to get the Swiss to finally sign off on the pact, but Switzerland›s foreign minister has said repeatedly Bern will not be rushed into any deal although it remains open for talks.

Exchange industry officials say EU investors would still be able to trade Swiss shares, but only through a broker that is a member of the Swiss exchange in Zurich, rather than having a choice of exchanges like Aquis, Cboe and Turquoise that help to drive down prices.

These other platforms now account for nearly a third of the trading volume for Swiss stocks including heavyweights like Nestle, Roche and Novartis.

Although the loss of trading access granted under an equivalence regime would also have broad financial repercussions for the 28-country EU, it was seen as inevitable in Brussels after years of inconclusive negotiations.

The hardening of the EU stance is also partly linked to parallel talks under way with Britain over Brexit, as a lenient approach to the Swiss could encourage London to seek softer terms.

The treaty would have non-EU member Switzerland routinely adopt EU single market rules, create a more efficient platform to resolve disputes, and pave the way for new trade deals, such as for an electricity union.

But ahead of Swiss parliamentary elections in October, it has drawn resistance from across the Swiss political spectrum for infringing national sovereignty.

Meanwhile, ICE Cotton futures fell on Friday as markets looked for further developments on the U.S.-China trade spat, while traders rolled their positions forward into the third month contract ahead of July’s first notice day.

“There just isn’t enough buying to stop this market from sliding, both in the futures as well as in the cash market,” said Peter Egli, director of risk management at British merchant Plexus Cotton in a note. * “(However,) maybe a trade deal (between US and China) or some weather issues will eventually trigger a wave of spec buying, but with the trade waiting to sell into such an event, the market has probably not much room to the upside.”

Thursday’s weekly export sales data from the US Department of Agriculture (USDA) showed a dip in net sales reductions, a marketing-year low, for 2018/2019 from the previous week and prior four-week average.

The presidents of the United States and China are set to meet next week in Japan and markets are hopeful the world›s two biggest economies could see an end to their long-standing tit-for-tat tariff dispute. * Market participants were also awaiting the USDA›s acreage report due on June 28.

The third month cotton contract, meanwhile, fell over 1% in the previous session as investors liquidated their positions ahead of the first notice day for the July contract due next week.  “(Cotton) Merchants have been pushing for carrying charges between July and December (cotton contracts) and they have been successful,” said Rogers Varner, president of Varner Brokerage in Cleveland, Mississippi. 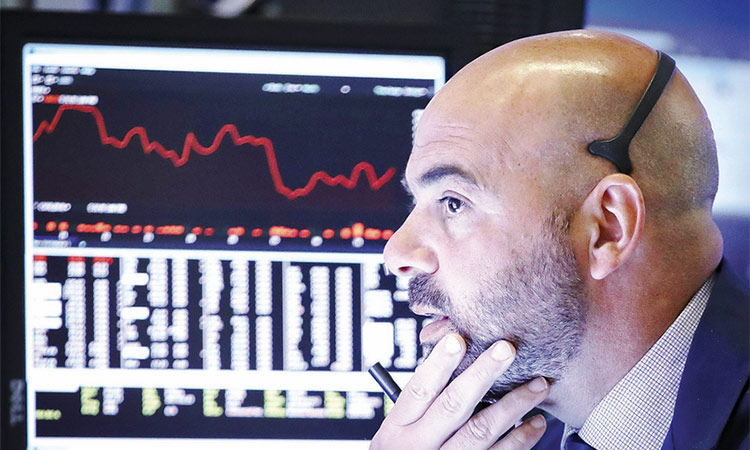 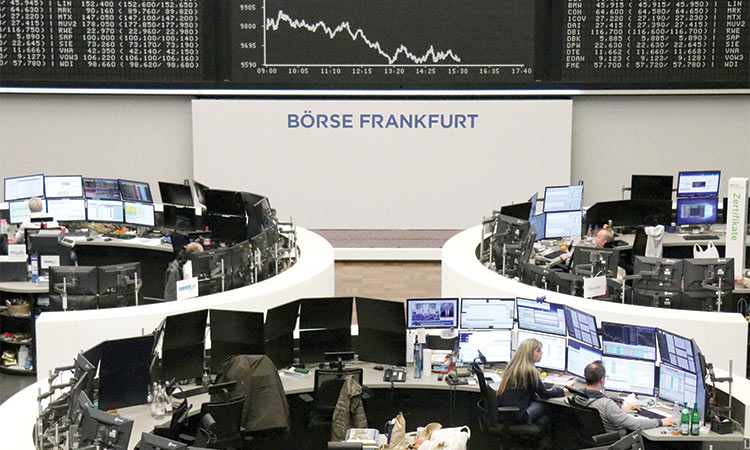 European stocks fell on Friday, halting their biggest ever three-day rally in a sign investors were focusing once more on the spread of the coronavirus pandemic despite hopes for further stimulus measures to combat its economic impact.