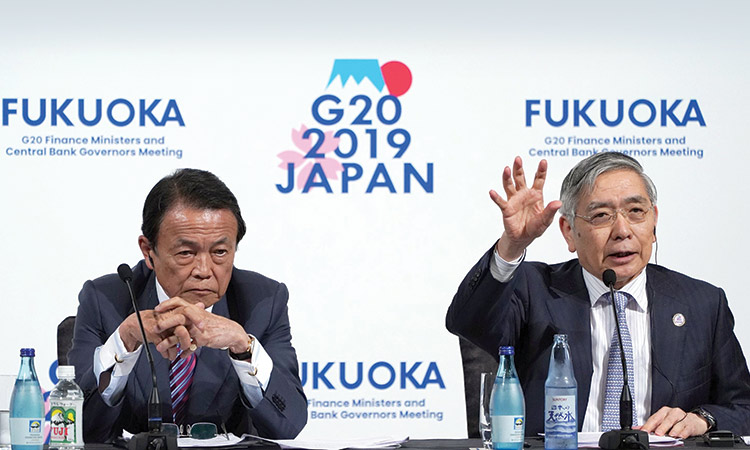 Bank of Japan Governor Haruhiko Kuroda maintained his view that the global economy will recover in the latter half of this year, but warned that uncertainties remain as fallout from the Sino-US trade war deepens.

“There’s no change to the view the global economy will pick up in the latter half of this year,” Kuroda told reporters ahead of the Group of 20 finance leaders’ meeting to be held in the southern Japanese city of Fukuoka. “But uncertainties remain, particularly those regarding trade,” he added.

Kuroda’s view on global risks is important because the BOJ’s forecast on the Japanese economy is based on the assumption global growth will rebound in the latter half of this year.

Global investors’ hopes for a pick-up in the second half of the year have been thrown into doubt by last month’s sudden escalation in the U.S.-China trade war and a slew of weak data from major economies that threaten to further weigh on business and consumer confidence.

Widening fallout from the US-China trade war will test the resolve of G20 finance leaders to show a united front at their two-day gathering ending on Sunday, as investors worry if they can avert a global recession with dwindling policy ammunition.

The BOJ is among major central banks that could come under pressure to ramp up its already massive stimulus programme, as the trade dispute raises fears of a global recession.

Kuroda praised US President Donald Trump’s decision to put off imposing tariffs against Mexico after the two countries reached a deal to contain the migration of immigrants crossing the southern US border.

Meanwhile the Bank of Japan Governor Haruhiko Kuroda hails Mexico deal. Relations between the United States and China have deteriorated since US President Donald Trump in early May accused Beijing of reneging on commitments to change its ways of doing business with the rest of the world. Washington raised tariffs on Chinese goods and threatened new levies, while Beijing has retaliated.

US Treasury Secretary Steven Mnuchin, who will hold talks with China’s Yi Gang on the sidelines of the G20 gathering, said the United States wants free, fair and balanced trade with China, in part to close a gaping US trade deficit with China.

But the United States is prepared to levy tariffs on virtually all remaining Chinese imports if the “right deal” cannot be reached to satisfy US demands for better Chinese protections of intellectual property and curbs to technology transfers and state subsidies, Mnuchin said.

“If we can’t have that, the end result will be that my expectation is that many companies will move their production out of China to other locations,” due to tariffs, Mnuchin said.

He said his scheduled meeting with People’s Bank of China Governor Yi Gang will not be a “negotiating meeting” on trade issues, reinforcing the view there will be little breakthrough in the row between the world’s two largest economies.

He added that any major progress will rest with Trump’s expected meeting with Chinese President Xi Jinping at a G20 leaders’ summit late this month.

In a rare positive development, the US administration said it will put off imposing tariffs against Mexico after the two countries reached a deal to contain the migration of immigrants crossing the southern US border.

“It’s a very good outcome not just for the United States and Mexico, but for the global economy,” Bank of Japan Governor Haruhiko Kuroda told reporters.

Global trade tensions threaten an expected pick-up in economic growth this year and in 2020, a draft communique by the world’s financial leaders showed on Saturday, but the policymakers were divided on whether the need to resolve them was “pressing”.

Finance ministers and central bank governors of the world’s 20 biggest economies, the G20, are meeting in the southern Japanese city of Fukuoka to discuss the global economy amid rising trade tensions between China and the United States.

“Global growth appears to be stabilising and is generally projected to pick up moderately later this year and into 2020,” the draft G20 communique, seen by Reuters, said.

“However risks remain tilted to the downside. These include, in particular, intensified trade and geo-political tensions,” said the draft communique, which may yet change before it is released on Sunday. 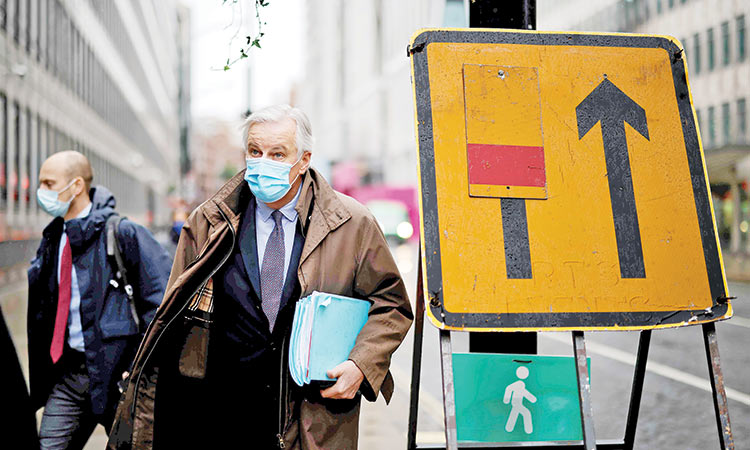 European Union diplomats said on Thursday they hoped a Brexit trade deal with Britain could be agreed by Friday or at the weekend, and EU officials said negotiators were likely to review progress in the next two days.