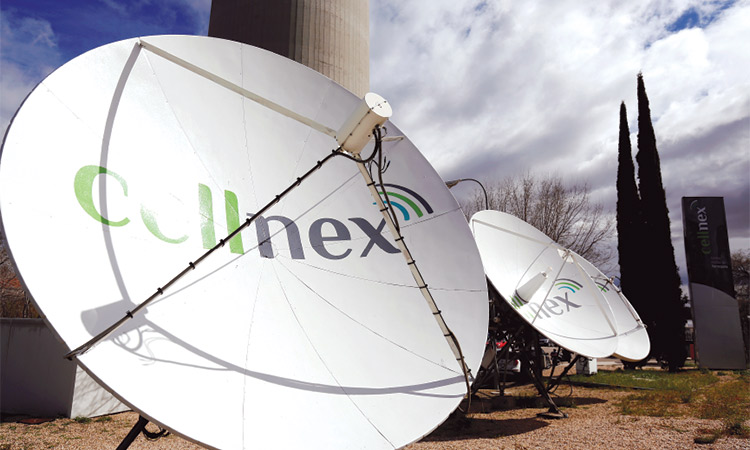 Cellnex has snapped up tens of thousands of phone tower sites in Europe in the past three years and is now considered a key player in a potential consolidation of the telecoms infrastructure market.

“Now is the moment, 2019-2020,” Tobias Martinez told Reuters in an interview. “I see results materialising, because we worked in 2018... We expect to keep doing M&A deals.” Telecoms network operators, faced with stagnant revenue growth, are looking for ways to maximise profit and cut debt. They also face heavy investment related to preparations for the roll-out of 5G mobile networks.

Martinez said they should change the traditional model of owning the masts through which they connect their customers.

“These are two years in which the big operators are asking themselves what to do with their towers. The strategic thing is not to own the towers, but to have access to the market.” The company is most interested in continuing to buy assets in Western Europe, but would also consider Eastern Europe, he said.

Martinez said his interest in British masts company CTIL, a joint venture between Telefonica and Vodafone, had not abated with the prospect of Brexit, and he wanted to do more business in Britain.

“We want to be in Britain with Brexit or without Brexit,” he said, but added that the shape of an eventual EU exit deal could complicate matters as currency volatility could depress the value of assets and put their owners off selling.

Britain is currently due to leave the EU on October 31.

“If there is a soft Brexit or there is no Brexit, which we think are the most likely scenarios, Britain is a must.” FINANCIAL OPTIONS After completing the deal with Niel, Cellnex’s debt could reach 6.5 times core earnings, analysts say, a burden which prompted ratings agency Fitch to warn it may strip the company of its BBB- credit score.

This debt will gradually come down once the new assets start generating revenue, Martinez said, and the company still has the option to raise cash to spend on deals, having attracted demand for 16.6 times a 1.2 billion euro share sale earlier this year.

Martinez said a rights issue would still have the support of Cellnex’s main shareholder, the Edizione holding company of Italy’s Benetton family where there is a management shake-up underway.

One of the drivers of merger activity in the sector will be the roll-out of 5G mobile networks, Martinez said, adding that these services would become available to consumers from 2022.

Any escalation of the tussle between the United States and China over the treatment of telecoms equipment provider Huawei could put Europe at risk of missing the boat with this technology, Martinez said.

“There might be a slowdown, a delay, because Huawei is a global technology provider,” he said.

“We cannot let that happen in Europe. There is no doubt that China will be in 5G soon and the United States too. So we need to be careful in Europe, we cannot get left behind.” ($1 = 0.8977 euros) (Reporting by Andres Gonzalez and Isla Binnie; Additional reporting by Ingrid Melander. Editing by Jane Merriman) UPDATE 2-Billionaire James Packer to sell 20% stake in Crown Resorts to Melco (Adds Melco CEO comments, background on Crown’s majority shareholder) By Nikhil Nainan and Farah Master HONG KONG/BENGALURU, May 30 (Reuters) - Melco Resorts & Entertainment Ltd said on Thursday it would buy a 20% stake in Australia’s Crown Resorts Ltd from casino mogul James Packer for A$1.76 billion ($1.22 billion), just months after Wynn Resorts withdrew its offer to buy Crown.

The deal with Wynn, the world’s No. 2 casino operator, fell through in the beginning of April when details were leaked to the media, preventing a huge payout for Packer, who has been withdrawing from business life due to mental illness.

In an interview with Reuters on Thursday, Melco’s Chief Executive Officer Lawrence Ho said the stake was a great opportunity for Melco, which operates casinos across Asia, including in Macau and the Philippines.

“It is certainly our intention to continue if the opportunity arises to increase our stake in Crown,” Ho said.

Melco and Crown ended their more than a decade-old partnership in 2017.