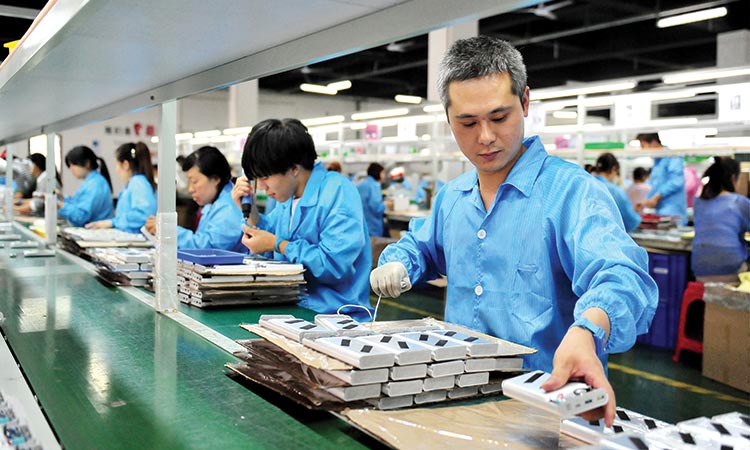 Employees work on a production line manufacturing lithium battery products at a factory in Yichang, China, on Wednesday. Reuters

BEIJING: Activity in China’s vast factory sector is expected to have shrunk in May after expanding slightly for two months, keeping pressure on policymakers to roll out more stimulus to stabilise an economy hit by a bruising trade war with the United States.

The wobbles in China have inflamed concerns about global growth and have forced central banks around the world, including the US Federal Reserve, to turn dovish or keep policy accommodative.

The official Purchasing Managers’ Index (PMI) for May is forecast at 49.9, according to the median forecast of 35 economists. That is down from April’s reading of 50.1, and one notch below the 50-point mark which separates expansion from contraction on a monthly basis.

Investors and policymakers are likely to focus on any further softening in factory output and domestic orders, gauges that could indicate whether Beijing’s recent growth-boosting measures are having any effect on overall economic activity.

Regulators have fast tracked billions of dollars in infrastructure investment, but the underlying economic picture has remained relatively soft apart from brief signs of stabilisation in March.

China’s exports unexpectedly fell in April on a sharp drop in shipments to the United States, while industrial output and retail sales also showed surprisingly weak growth last month. On top of that, fixed-asset investment unexpectedly stumbled in the first four months of this year and this week data showed profits for industrial firms contracted in April.

The grim readings come as the U.S.-China trade war took a nasty turn this month, reversing the apparent progress in dialogue seen earlier this year.

US President Donald Trump raised tariffs on $200 billion worth of Chinese goods and threatened to slap tariffs of up to 25% on another $300 billion Chinese imports, prompting Beijing to retaliate.

The tariff standoff has already taken a toll on global growth, trade and business investment. Further inflaming tensions between the economic giants, the Trump administration blacklisted Huawei Technologies Co Ltd, the world’s second-largest seller of smartphones, a blow that has rippled through global supply chains and battered technology shares.

China watchers say the central bank will have to keep up policy support to prevent a hard-landing for the economy.

Earlier this month, the People’s Bank of China (PBOC) announced a cut in three phases in the reserve requirement ratio for regional banks to reduce small companies’ financing costs. PBOC has already delivered five RRR cuts since early 2018, lowering the ratio to 13.5 per cent for big banks and 11.5 per cent for small-to medium-sized lenders.

Many China observers have cautioned it will take time for those measures to fully kick in, with most not expecting the economy to convincingly stabilize until around mid-year.

Analysts at Oxford China downgraded China’s growth forecasts to 6.2% this year, from a near 30-year low of 6.6% in 2018, following the tariff hikes. Premier Li Keqiang warned last week that rising external challenges could destabilise the Chinese economy.

A private business survey - the Caixin/Markit Manufacturing Purchasing Managers’ index (PMI) - which focuses more on small and medium-sized Chinese firms - is expected to show growth stalled last month, with the reading fell slightly to 50.0 from 50.2 in April.

“We believe fiscal stimulus will continue in coming quarters, especially on infrastructure investment. Beijing may have to give local governments more flexibility on funding,” economists at Nomura said in a note.

The official PMI survey is due out ‪on May 31, along with a sister survey on services. The Caixin manufacturing PMI will come out ‪on June 3, and its services PMI ‪on June 5. 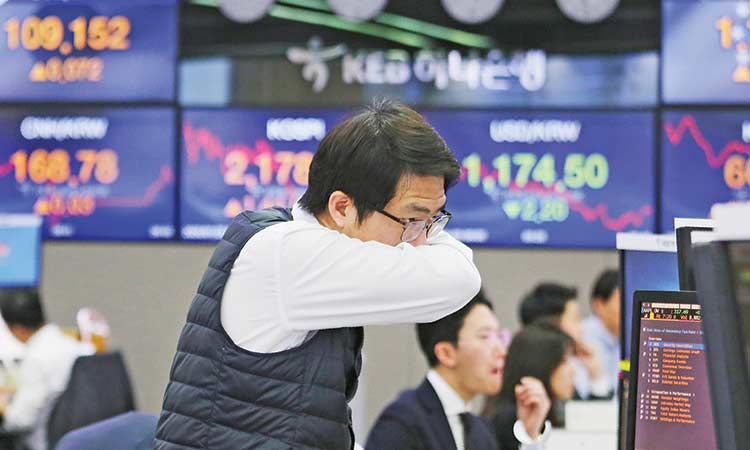 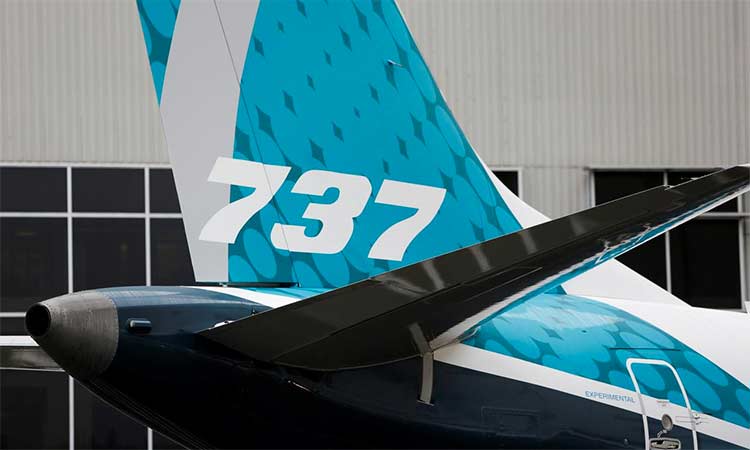 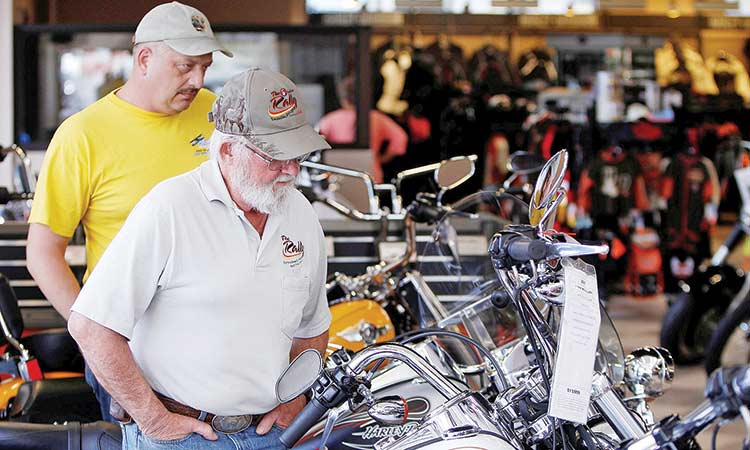 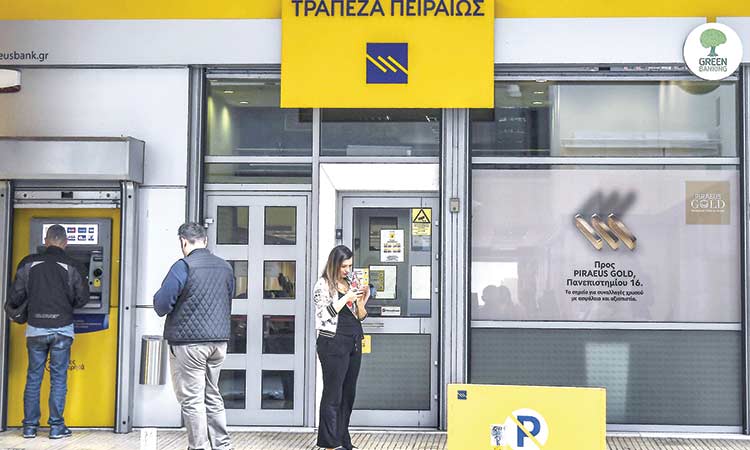