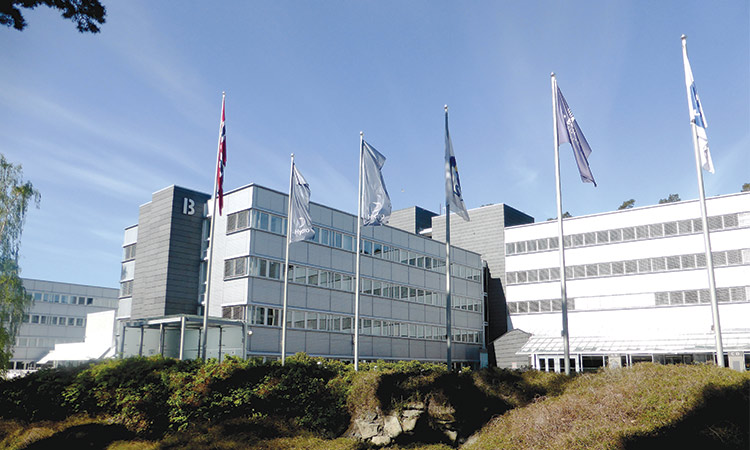 The headquarters of Norsk Hydro in Oslo, Norway. Reuters

On her first day as CEO, Hilde Merete Aasheim announced that the future of the Rolled Products division will be reviewed, and said all Hydro’s businesses would face stricter scrutiny in terms of how they spend the company’s cash.

“We’ve invested a lot, over many years, and now is the time to boost the return on those investments and reap greater profits,” Aasheim told Reuters in an interview at Hydro’s headquarters in Oslo.

The company said earlier in the day it would present revised financial targets in the third quarter.

Hydro’s Alunorte alumina refinery in Brazil, a key supplier to the global aluminium industry, is operating at half capacity following a spill in February 2018 that led regulators and courts to restrict the plant’s output.

The company is now awaiting the decision of a Brazilian federal judge on whether it can restart, which would immediately boost earnings, Aasheim said. Hydro is also still working to overcome the effects of a cyber attack that paralysed large parts of its operations in March and required the replacement of many automated processes with manual labour.

In the last decade, the company expanded throughout the aluminium value chain, adding bauxite mining and alumina production as well as large finished units to its traditional smelter operations.

The strategy contrasted with that of US competitor Alcoa , which in 2016 split into separate companies focusing on aluminium making and products production respectively.