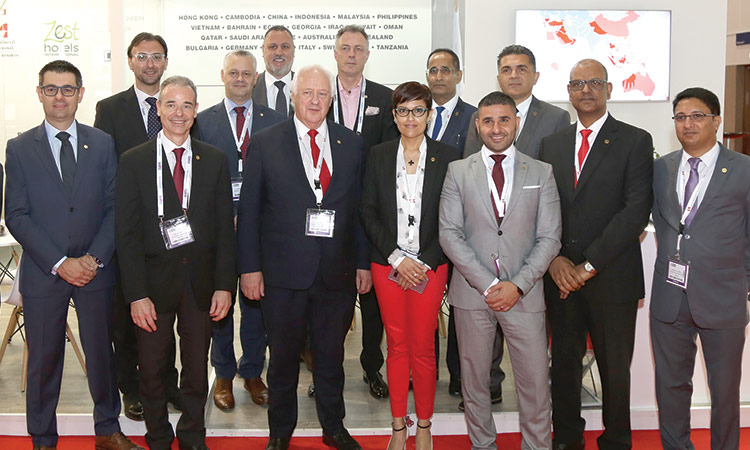 Top officials pose for a group photo during the event on Sunday.

Swiss-Belhotel International announced on Sunday at the Arabian Travel Market (ATM) plans to open seven hotels across the Middle East and North Africa in 2019. These openings highlight the company’s growth in the region while marking its debut in destinations such as Muscat, Kuwait City, Makkah and Alexandria.

Laurent A. Voivenel, Senior Vice President, Operations and Development for the Middle East, Africa and India, Swiss-Belhotel International, told Gulf Today that 2019 was a very significant year for us with seven stunning properties lined up for opening in quick succession over the next few months. We are very excited about these openings that will give us access to fabulous new destinations while expanding our presence in existing locations such as Bahrain thus giving greater choice to our guests.

These developments are aimed at diversifying our offering in the region while meeting the growing demand for quality accommodation at affordable rates.”

Three others namely Swiss-Belhotel Al Aziziyah Makkah, Grand Swiss-Belresort Seef, Bahrain and Swiss-Belresidences Al Sharq will be ready for opening in Q4 of 2019.  Laurent stressed, “At Swiss-Belhotel International we are eager to contribute to the ongoing growth and diversification of the region’s hospitality sector.