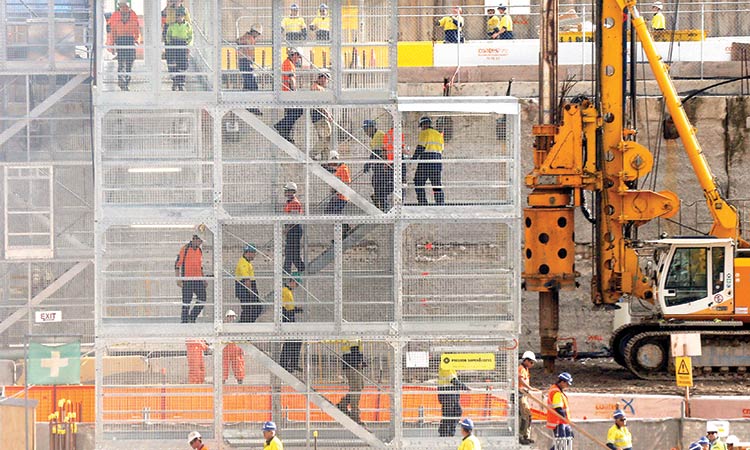 CANBERRA: Australia is expected to extend its enviable recession-free run of growth into a third decade, the government said on Tuesday even as it downgraded forecasts for coming years.

Despite that, the government was able to promise a return to budget surplus in 2019/20 starting July 1, the first since 2007/08 before the global financial crisis hit.

The improving budget position enabled the government to announce tax cuts and increased health, education and infrastructure spending ahead of a national election due to be called for mid-May.

“With the economy dragging its feet — recording some of the weakest growth this side of the global financial crisis — it could rightfully be argued that a budget surplus is not what the economy needs right now,” said Callam Pickering, economist for job site Indeed.

“With the budget in good shape there was plenty of scope to do more.”

Australia’s central bank is counting on some fiscal stimulus to boost the slowing economy and lift weak consumer spending, with an increasing number of analysts predicting cuts to the official cash rate later in 2019.

TD Securities analyst Annette Beacher said the “targetted fiscal stimulus” in the budget - which includes A$15 billion worth of tax cuts over 2021/22 - negates the need for the Reserve Bank of Australia (RBA) to ease policy.

Just hours before the budget statement, the RBA kept rates at a record low 1.50 per cent for a 32nd straight month.

It dropped a previous call for 3 per cent economic growth this year, following disappointing data for late 2018, but reiterated that the jobs market remained strong.

Frydenberg pointed to some “clear and genuine risks” at home and abroad even as the base case was for the economy to continue its uninterrupted growth run.

“The residential housing market has cooled, credit growth has eased and we are yet to see the full impact of flood and drought on the economy,” he said.

The return to surplus together with the tax largesse failed to cheer investors with the Australian dollar trading near the day’s low at $0.7076. The Aussie had slipped after the RBA’s decision.

The unemployment rate, which fell to an eight-year low of 4.9 per cent in February, is seen at 5 per cent over the forecast period. Consumer price inflation is seen at 2.25 per cent in 2019/20 before hitting the midpoint of the RBA’s 2-3 per cent medium-term target next year. And wages growth is forecast to rise to 3.25 per cent by 2020/21 from the current 2.1 per cent.

“This budget is...a cynical attempt to buy votes,” said Michele O’Neil, president of the Australian Council of Trade Unions, calling the government’s wage forecasts “a fantasy”. Meanwhile the Australian consumers have turned gloomy in a one-two punch to the economy already battling a steep property downturn and anaemic wages growth, raising the risk of an interest rate cut as soon as next month.

Slowing global growth and a trade war between the United States and China — Australia’s major export market — forced the country’s central bank last month to open the door to an easing.

That policy U-turn by the Reserve Bank of Australia (RBA) was underscored by a survey released on Wednesday, which showed the Melbourne Institute and Westpac Bank index of consumer sentiment fell 4.8 per cent in March, unwinding a 4.3 per cent jump in February The index, compiled from a survey of 1,200 people, was down 4 per cent from a year earlier at 98.8, meaning pessimists now outnumbered optimists. This sharply contrasted with the ‘cautiously optimistic’ consumer mood through most of 2018.