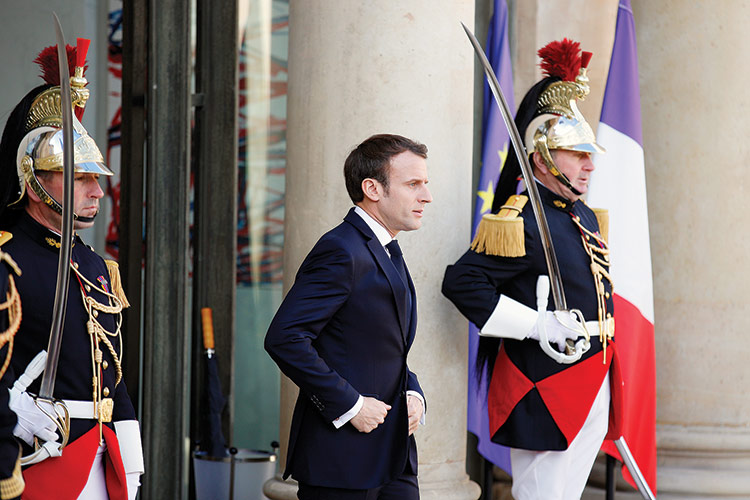 PARIS: France cut its public sector budget deficit by more than expected last year, trimming it back to the lowest level in 12 years, according to data from the INSEE statistics agency.

The budget deficit came in at 2.5 per cent of gross domestic product, the lowest level since 2006 and down from 2.8 per cent in 2017, INSEE said on Tuesday in first estimates for France’s 2018 public accounts.

The 2018 deficit was also lower than the 2.7 per cent foreseen in last year’s budget law and marked the second year in a row in which France had respected an EU limit of 3 per cent, which Paris had flaunted for a decade prior to 2017.

“We need to keep up the effort obviously because the public accounts remain in bad shape,” he added, speaking on French radio RTL.

The government expects the deficit to rise to 3.2 per cent this year as a payroll tax credit scheme becomes a permanent tax cut, adding temporary pressure to the public finances.

With the deficit lower than expected last year, the national debt was steady at 98.4 per cent of GDP.

Slightly better than expected growth last year helped keep down the deficit and debt last year. INSEE said the economy grew 1.6 per cent, better than the 1.5 per cent it had reported in preliminary estimates.

Growth even held up at the end of the year at a quarterly rate of 0.3 per cent despite a series of violent anti-government protests that weighed on business and consumer confidence.

The scrapping of a payroll tax for unemployment insurance helped boost households’ purchasing power, a key demand of protestors who say they get pinched by hefty taxes and a high cost of living.

The package is part of a plan to allow the government to present a relatively upbeat 2019 projection for gross domestic product which will in turn be the basis of new deficit and debt targets to be issued next month, the sources said.

The “growth decree”, which the cabinet hopes to pass on Friday, will increase tax breaks on investments, cut property taxes on factories and warehouses, and simplify procedures for public tenders, according to a draft seen by Reuters.

Among an array of measures, it will also allow local authorities to spend more on investments and introduce new rules to help banks shed so-called “unlikely-to-pay” loans.

The timing of the decree is important because it comes shortly before the Treasury presents new public finance targets in its Economic and Financial Document (DEF), which is due by April 10. This forms the framework of the 2020 budget.

Italy fell into recession over the second half of 2018, with gross domestic product falling 0.1 per cent in each of the last two quarters. This hit the carry-over effect on 2019 and left the official forecast of 1 per cent 2019 GDP growth per cent looking wildly optimistic.

That forecast will be cut in the DEF but it will remain in positive territory and above those of most independent economists, said three sources in the government of the anti-establishment 5-Star Movement and the right-wing League.

The sources asked not to be named because they were not authorised to talks about the DEF.

Recent Italian data has shown signs of improvement, leading to optimism among policy-makers that the country has already emerged from last year’s shallow recession.

In January, industrial output, orders and sales all jumped from the month before and employment increased. That was followed by an unexpected pick-up in service sector activity in February. “It’s early days but there is a feeling the worse may be behind us,” said one government source. Three officials said they expected GDP to be flat or positive in the first quarter.