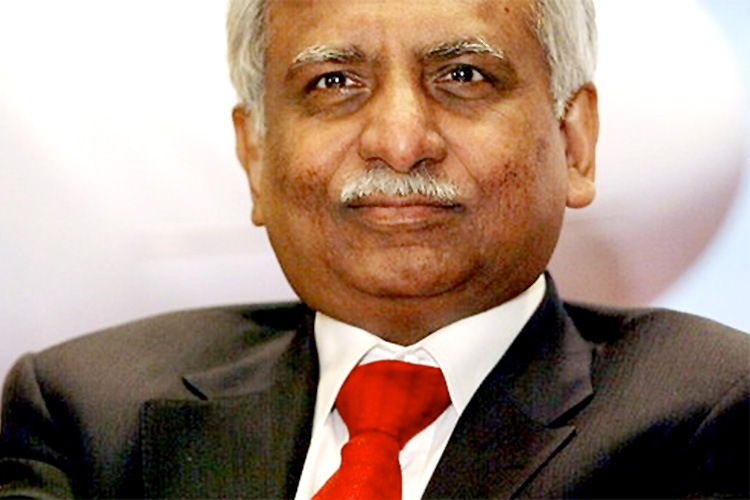 New Delhi: Beleaguered airline Jet Airways’ last board meeting on Monday with its founder-promoter Naresh Goyal was a major turning point with Goyal and his wife Anita Goyal tendering resignations from the board of the cash-strapped airline.

With their resignations from the board, lenders led by SBI have taken over the management.

The Jet board on Monday accepted the lenders’ resolution.

The exit will see Jet Airways’ Chairman Naresh Goyal reduce his stake to 25.5 per cent in the cash-strapped Indian carrier, the company said on Monday as it closes in on a rescue deal led by state-run banks.

Saddled with debt of more than $1 billion, Jet owes money to banks, suppliers, pilots and lessors, several of whom have started terminating leases with the carrier.

In its statement on the board meeting, Jet said the banks will initiate a bidding process to sell their stake in the airline to a new investor and that the process is expected to be completed by June-end.

Among others, the board of directors of the company also cleared constitution of an interim management committee at the instructions of the lenders to manage and monitor the daily operations and cash flow of the company.

Several names are in circulation, including those of past chairpersons of SBI, including AK Purwar, Arundhati Bhttacharya, Air India›s current chairman Ashiwni Lohani, to manage the airline›s day-to-day operations.

The changes at the board immediately ensured funding of Rs1,500 crore for working capital.

Sources said during the meeting of the board, the members, including the lenders, accepted that it may take 4-6 months to find a new buyer or investor.

Very soon with the vacant two positions, lenders would nominate two directors to the board.

The company said its board of directors, at its meeting held on Monday, considered the resolution plan being formulated by a consortium of domestic lenders led by the State Bank of India.

As per the resolution plan, two nominees of promoter, Naresh Goyal and Anita Goyal, and one nominee of Etihad Airways may step down from the board,” it said.

Kevin Knight was the Etihad nominee.

Additionally, Naresh Goyal also ceased to be the Chairman of the company, the company added.

The board has given approval for issuance of 11.4 crore equity shares of the company to the lenders upon conversion of Rs1 of the outstanding debt.

The company also said that its board approved creation of appropriate security over the company›s assets for securing the existing facilities extended by the lenders and the proposed immediate funding support of up to Rs1,500 crore by way of issue of appropriate debt instrument.

Meanwhile, Jet Airways› stocks jumped over 17 per cent on Monday, but settled nearly 13 per cent higher at Rs254.50 per share after Naresh Goyal quit the board and the ailing Jet said it will get an «immediate funding support» of Rs1,500 crore from the lenders.

«Two nominees of promoter Naresh Goyal and Anita Goyal, and a nominee of Etihad Airways Public Joint Stock Companies to step down from the Board. Additionally, Naresh Goyal to also cease to be the Chairman of the Company,» said the company in a statement.

Besides, the company also announced that it would receive an «immediate funding support» of up to Rs1,500 crore by lenders for operational requirements.

«Jet Airways rose on reports that the current promoter Naresh Goyal and his wife quit the board under pressure from the lenders. This will pave the way for the lenders to look for change of hands and in the meanwhile infuse capital to ensure that the Airlines continues to run,» said Deepak Jasani of HDFC Securities.

“The board also approved the issue of 11.4 crore equity shares to the lenders upon conversion of Re 1 of the outstanding debt.» According to industry estimates, Jet›s total debt stood at Rs8,000 crore. The company urgently needed funding to maintain whatever was left of its market shares, as the airline pilots and crew were said to be approaching other airlines for employment.

The airline›s pilots along with engineers and other highly critical segment of employees have not been paid salaries from January 1, sources said, adding only 12.5 per cent of December pay was given.