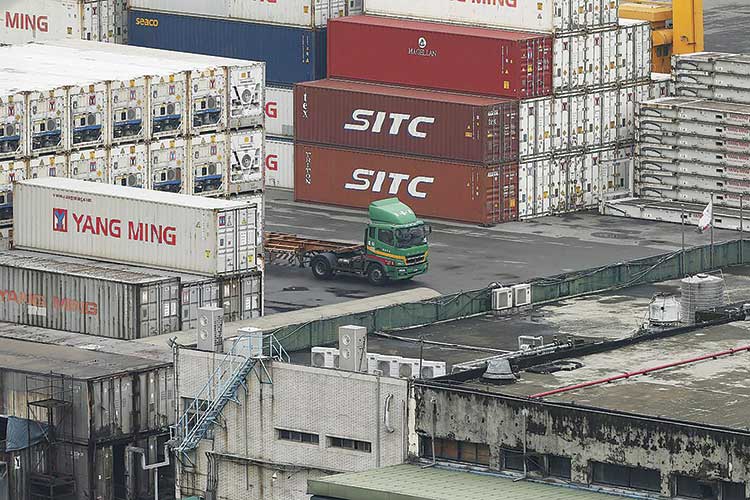 Taipei: Taiwan’s export orders fell the most in nearly three years in February as global demand for consumer electronics remained sluggish, pointing to a further slowdown in the export-reliant economy.

Orders in February fell 10.9 per cent from a year earlier to $28.9 billion, their biggest drop since April 2016, Ministry of Economic Affairs data showed on Wednesday.

Demand contracted for the fourth month in a row and at a much sharper pace than the 5.25 per cent median forecast in a Reuters poll.

January orders dropped 6.0 per cent from a year earlier.

Taiwan’s hi-tech factories make it a leading indicator for global electronics demand, and the continued drop in orders suggests makers of smartphones and micro-chips are expecting sales to remain soft for some time longer.

Taiwan firms are major suppliers for global tech heavyweights such as Apple Inc and Qualcomm.

The ministry said the decline was also due to more cautious machinery orders from China as the US-Sino trade dispute wears on.

Launches of new smartphone models and demand for new technology such as 5G, however, could support a “gradual monthly recovery” of orders for electronics, it said.

“We expect export orders to decline in the first half, while it has an opportunity to return to growth in the second half,” ministry official Lin Lee-jen said.

The ministry said it expects March export orders to decline by 6.8 to 9.2 per cent from a year earlier.

Analysts at ANZ believe Taiwan may be facing a trade recession similar to 2014-15.

China’s cooling economy and a year-long trade war between China and the United States, Taiwan’s two biggest markets, have added to headaches for its exporters, disrupting regional supply chains.

The island’s central bank is expected to leave its key policy rate unchanged near record lows for the eleventh consecutive quarter on Thursday to keep monetary conditions accommodative.

Weaker demand was seen from nearly all of Taiwan’s major markets.

February orders from the United States fell 5.5 per cent on-year, on top of January’s 5.3 per cent decline.

Those from China dropped 14.3 per cent, compared with a fall of 14.1 per cent the previous month, while orders from Europe fell 18.8 per cent. Japan gained 0.3 per cent.

“It could have substantial impact on export-reliant economies in Asia.”

Meanwhile the Taiwan’s February exports suffered their steepest fall in nearly three years, declining at a much faster pace than expected, as slowing global demand for tech products continued to hurt the island’s export-reliant economy amid a prolonged Sino-U.S. trade war.

Taiwan’s data came on a day when major trading partner China’s exports tumbled the most in three years in February, pointing to a further slowdown in Chinese demand and disruptions from global trade tensions.

Analysts, however, warn that data from China and Taiwan in the first two months of the year should be read with caution due to business disruptions caused by the long Lunar New Year holidays, which came in mid-February in 2018 but started on Feb. 4 this year.

Taiwan’s February exports dropped 8.8 per cent from a year earlier, their worst fall since May 2016, data from the finance ministry showed on Friday. It was also the fourth straight monthly decline.

That compares with a forecast of a 0.85 per cent fall in a Reuters poll of analysts. In January, the trade-reliant economy’s exports had contracted 0.3 per cent on year.

Exports to the United States rose 13.5 per cent on year in February, while China shipments fell 10.4 per cent. Exports to Europe plunged nearly 16 per cent.

The finance ministry expects exports in March to drop 5 to 7.5 per cent from a year earlier, an official told a news conference in Taipei.

Ministry official Beatrice Tsai said exports were likely to drop at a slower pace in the second quarter, partly due to a positive outlook for the trade talks between the United States and China, Taiwan’s main business partners. 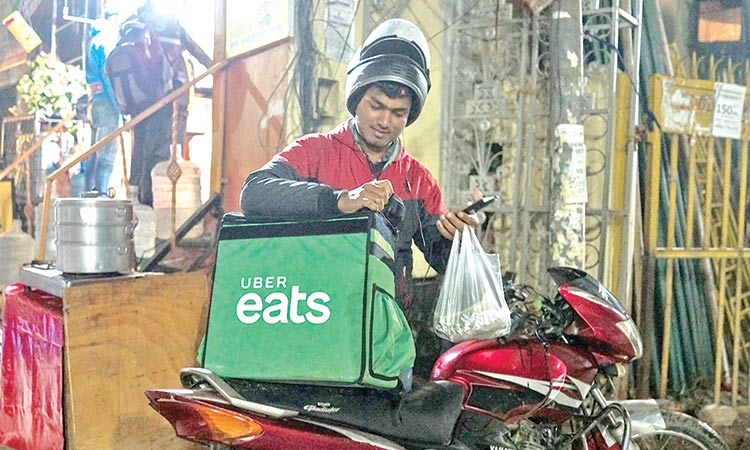 Uber has sold its online food-ordering business in India to local rival Zomato in exchange for a 9.99% stake in the startup backed by China’s Ant Financial, limiting its exposure to a crowded market where it has struggled to grow.