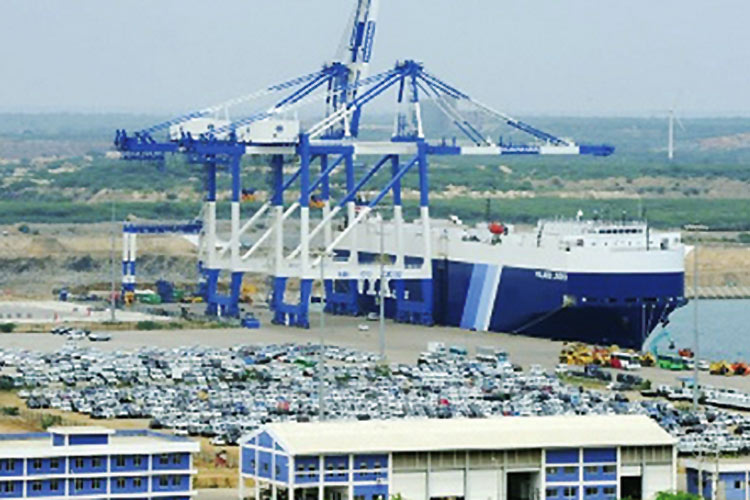 The new oil refinery will be built near the port of Hambantota. Agence France-Presse

The Board of Investment of Sri Lanka said construction would begin this weekend on the refinery and storage facility jointly financed by Oman’s Ministry of Oil and Gas and a Singapore-registered company.

Deputy international trade minister Nalin Bandara said he expected the refinery, which will eventually produce 200,000 barrels a day, to be fully operational within four years.

“This is the biggest single foreign investment (in Sri Lanka’s history),” he told reporters in Colombo.

It is more than double the next largest foreign investment − a $1.4 billion land reclamation project next to Colombo port.

Oman will fund 30 per cent of the new oil project while Singapore-based Silver Park International, which is majority owned by a business interest in India, will finance the rest.

It is being constructed near the port of Hambantota, which was leased to a Chinese state-owned enterprise in 2017 for 99 years after Sri Lanka was unable to service a loan from Beijing.

The circumstances surrounding China’s acquisition of that port, along one of the world’s busiest shipping lanes, generated concern in neighbouring India and beyond over Beijing’s expanding presence in the Indian Ocean.

Bandara said new lines of cash pouring into the region showed foreign investors were not deterred by that experience.

“The latest investment shows that companies in other countries too are interested in going to Hambantota,” Bandara said.