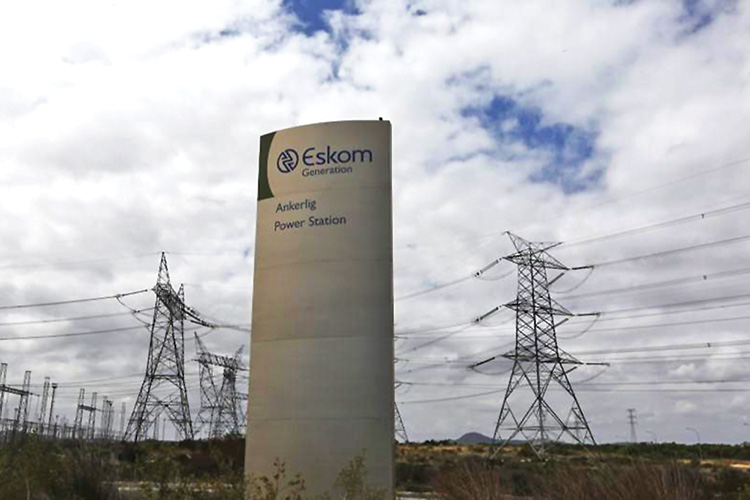 Pylons carry electricity from a sub-station of Eskom in Cape Town. Reuters

JOHANNESBURG: South Africa’s state utility Eskom said it would continue making power cuts this week as it struggles with capacity shortages that threaten to stymie efforts to haul the economy out of a protracted slump before national elections in May.

Eskom supplies more than 90 per cent of the power in Africa’s most industrialised economy but has suffered repeated faults at its coal-fired power station fleet, low water levels at hydro-power plants and diesel shortages. The situation worsened on Saturday after Eskom lost its usual electricity imports from the Cahora Bassa hydroelectric system in Mozambique, which contributes more than 1,000 megawatts to the South African grid.

Mozambique was hit by a powerful cyclone which knocked out communications and electricity pylons last week.

Eskom, which is also labouring under a 420 billion rand ($29 billion) debt mountain, said late on Sunday it would continue to implement rolling blackouts on Monday and Tuesday at a level which calls for 4,000 megawatts to be cut from the national grid on a rotational basis. The rand currency weakened in early trade on Monday as the power cuts weighed on market sentiment.

“It’s having a huge impact on households, individual people, hospitals and on the economy as well, so it’s a very worrying situation,” President Cyril Ramaphosa told eNCA television on Monday, referring to the power shortage.

Ramaphosa’s government has promised to inject 23 billion rand a year over the next three years to shore up Eskom’s balance sheet, although there are signs that more money could be needed.