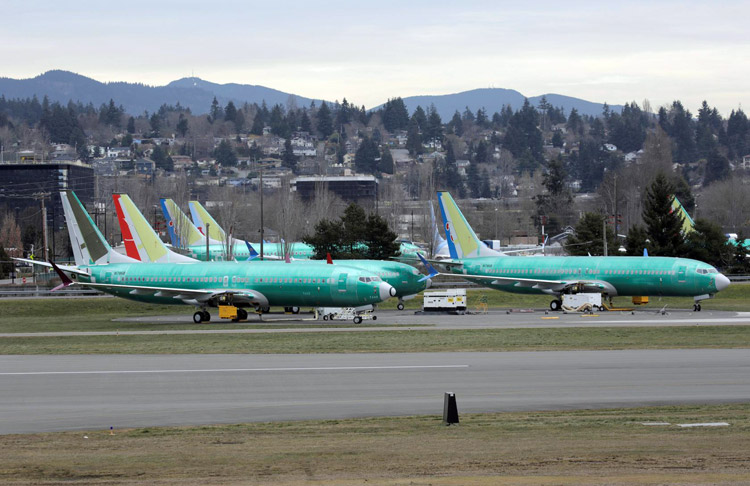 Boeing 737 MAX aircraft, including two 737 MAX 8 aircraft bearing the logo of China Southern Airlines, third from left and another seen at right, are parked at a Boeing production facility in Renton, Washington, US. File photo/ Reuters

SINGAPORE/PARIS: Boeing Co plans to release upgraded software for its 737 MAX in a week to 10 days, sources familiar with the matter said.

The US planemaker has been working on a software upgrade for an anti-stall system and pilot displays on its fastest-selling jetliner in the wake of the deadly Lion Air crash in Indonesia in October.

Similarities between the flight path in the Lion Air incident and Sunday’s Ethiopian Airlines crash have raised fresh questions about the system, but so far there is no evidence on whether the same software is again a potential issue.

Asked about the timeline, first reported by AFP, a Boeing spokesman referred to a statement on Monday that the upgrade would be deployed across the 737 MAX fleet in the coming weeks.