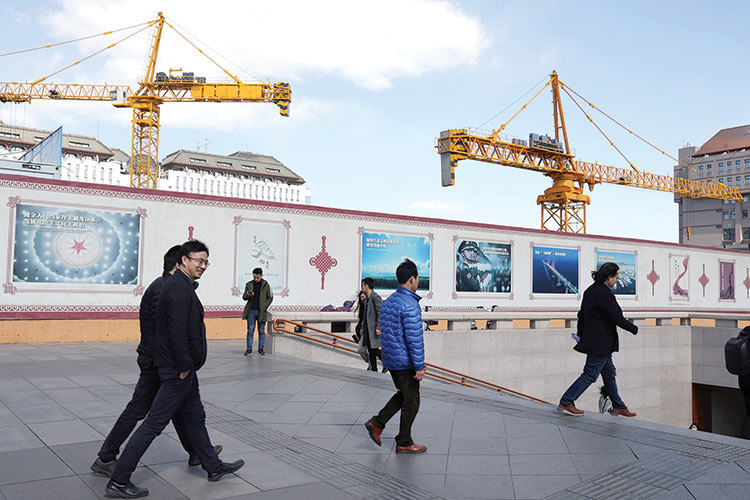 China’s parliament approved a new foreign investment law on Friday that promises to create a transparent environment for foreign firms as China and the United States work to end a trade war, though there is scepticism about its enforceability.

The law, to replace existing regulations for joint ventures and wholly foreign-owned enterprises, is designed to ease concerns among foreign companies about the difficulties they face operating in the world’s second-largest economy.

Fast-tracked for approval at this month’s annual session of parliament, the law comes into effect on Jan.1, 2020, the state news agency said.

It will ban forced technology transfer and illegal government “interference” in foreign business practices, according to the latest draft. The full text has not yet officially been released.

While previous drafts stipulated criminal punishment for officials who violated the law, a last minute revision detailed by state media this week has strengthened those clauses.

The changes were widely seen within the US business community as an effort, in part, by Beijing to address on paper some complaints underlying the bitter US-China trade dispute.

Washington and Beijing have been locked in a tit-for-tat tariff battle as US officials press China for an end to practices and policies it argues have given Chinese firms unfair advantages. These include subsidising of industry, limits on access for foreign companies and alleged theft of intellectual property.

Jacob Parker, vice president of China operations at the US-China business Council in Beijing, said his group was pleased with the last-minute changes to further protect foreign firms’ commercial information.

“The addition of language imposing criminal penalties for sharing sensitive foreign company information adopts a much tougher deterrent against counterfeiting and IP theft and will offer new avenues for the enforcement of IP protection,” he said.

However, Parker added that “while the language on criminal liability is positive, it will be difficult to enforce.”

Li’s comments suggest Beijing is ready to roll out more forceful stimulus measures to ease the strain on businesses and consumers. China has so far promised billions of dollars in planned tax cuts and infrastructure spending, as economic momentum is expected to cool further due to softer domestic demand and a trade war with the United States.

“Of course, we are faced with many uncertain factors this year. We have to prepare more and we have reserved policy room (to address uncertainties),” Li told reporters at a news conference on Friday at the conclusion of the annual parliament meeting.

“Moreover, we can deploy quantity-based or price-based policy tools such as reserve requirements and interest rates. This is not monetary easing but to more effectively support the real economy.”

The support measures rolled out so far are taking time to kick in and most analysts believe activity may not convincingly stabilise until the middle of the year.

The central bank has cut banks’ reserve requirement ratios (RRR) five times since last year, with a two-stage RRR cut in January releasing a total of 1.5 trillion yuan ($223.23 billion) into the financial system. Further cuts in the RRR had been widely expected this year, after fresh data pointed to persistently soft demand in the Asian economic giant, raising fears of a sharper slowdown.

Sources told Reuters in February that the central bank is not yet ready to cut benchmark interest rates to spur the slowing economy, but is likely to cut market-based rates.

An across-the-board cut in borrowing costs could also risk another flareup in debt and speculative activity like that which followed in the wake of the 2008-9 global financial crisis.

Promised cuts in value-added tax (VAT) for manufacturing and other sectors will take effect from April 1, while social security fees will be reduced from May 1, Li said.

Li also sought to soothe concerns that the tax cuts soon rolled out by the government will weigh on local finances, promising the central government will offer support to provinces in central and western China via payment transfers.