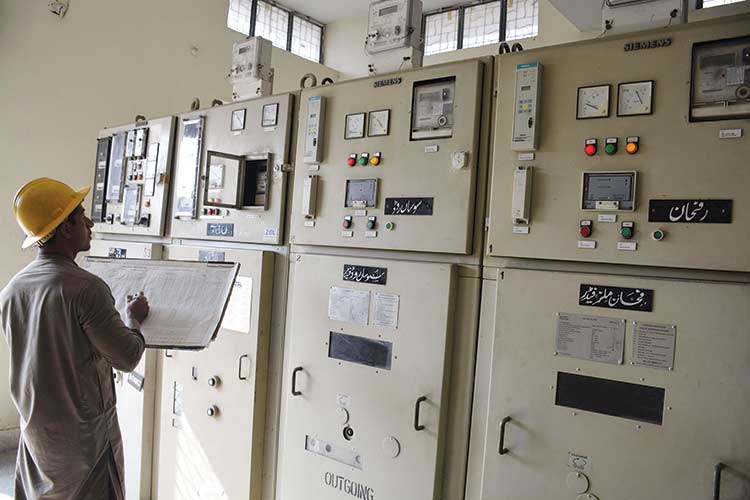 A technician takes a reading at a power station in Faisalabad, Pakistan. Agence France-Presse

ROME/KARACHI: Italian oil and gas giant Eni has begun building new solar energy plants in Pakistan and Tunisia in as part of its commitment to switching from fossil fuels to renewables and to promoting global sustainable development, the company said in a statement.

The Tunisia plant will be built at the ADAM oil concession in the southern Tataouine governorate, which is operated by Eni and in which Eni has a 25 per cent stake, through its subsidiary Eni Tunisia, said the statement.

The ADAM photovoltaic project has a peak capacity of 5MW. The energy produced will be used on-site, reducing gas consumption and saving around 6,500 tonnes/year of CO2 equivalent emissions, the statement added.

The solar plant is expected to be completed by the end of 2019 and is part of the cooperation agreement with the State Company Entreprise Tunisienne d’Activites Petrolieres (ETAP), which is active in the advancement of renewable energy projects in Tunisia.

The Pakistan plant will be built close to the Bhit gas field in southern Sindh province, which Eni operates and holds a 40 per cent stake in through its subsidiary Eni New Energy Pakistan, the statement continued.

The Bhit plant is due to be completed by October, will have a 10MW peak capacity and is expected to generate around 20GWh (Gigawatt hours) annually. The energy produced will be used on site, reducing gas consumption and saving some 140,000 tonnes of CO2 equivalent emissions in the next 10 years, the statement underlined.

Eni aims to integrate the new solar plant with an existing power generating facility, allowing the shutdown of one the existing gas turbines and cutting running costs once the solar plant is operational, the statement went on.