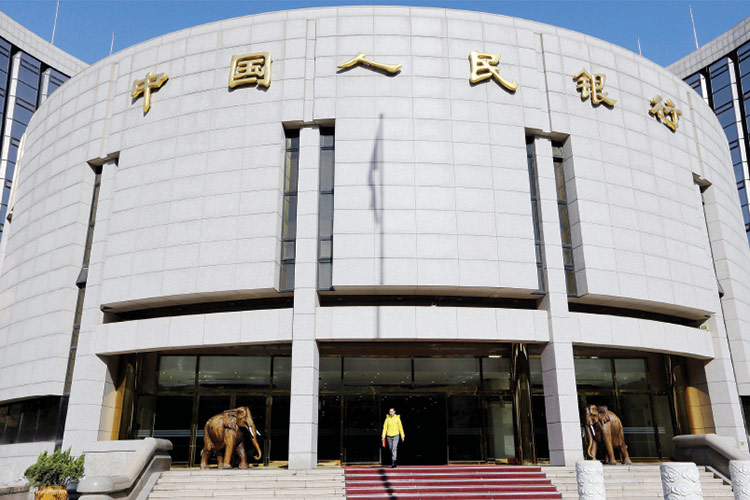 China’s central bank is studying the potential impact on banks’ loan pricing as it looks to the use of market-based interest rates to replace traditional benchmark interest rates to steer monetary policy, two sources told Reuters.

The comments come amid growing speculation over whether the People’s Bank of China (PBOC) will cut interest rates soon to support the slowing economy, and which of its many rates it may choose to lower first.

The PBOC has pledged to gradually unify two interest rate “tracks” - its market-based rates that have been developed in recent years and its benchmark bank deposit and lending rates.

The LPR is an interest rate that commercial banks charge their best clients. The one-year LPR currently stands at 4.31 per cent, versus benchmark one-year lending rate of 4.35 per cent.

The sources did not give a timeframe. The PBOC did not immediately respond to Reuters’ request for comment.

PBOC Governor Yi Gang said on Sunday that there is still some room for cutting the amount of cash that commercial banks need to set aside as reserves, although there is less room than a few years ago.

Other sources had told Reuters previously that the PBOC is not ready to cut benchmark rates just yet to spur flagging growth, but is likely to cut market-based rates, alongside further reductions in banks’ reserve requirement ratios (RRR).

A benchmark rate cut would quickly lower companies’ borrowing costs nationwide, regardless of their size, helping policymakers in their goal of directing more support to struggling small, private firms.

But some China watchers say such an aggressive move could also been seen as a setback in long-promised reforms to allow market forces to determine the cost of capital in China, which is key to producing more sustainable and higher quality growth and reducing inefficient investment.

An across-the-board cut in borrowing costs could also risk another flareup in debt and speculative activity like that which followed huge stimulus programmes in the past.

The PBOC has not cut benchmark rates since the last downturn in 2015.

But it has cut reserve requirements five times in the past year to spur lending to smaller businesses, with more expected in coming quarters, and it has been guiding money market rates lower to reduce financing costs.

Beijing is also putting more emphasis on fiscal stimulus to counter the current downturn. It has been fast-tracking infrastructure spending and Li last week announced plans for massive tax cuts.

China’s economic growth slowed to a 28-year-low of 6.6 per cent in 2018 and is widely expected to cool further in coming months before a raft of support measures start to stabilise activity around mid-year.

China’s top statistics official on Tuesday sought to allay concerns over the health of the world’s second-largest economy, and defended the integrity of its data.

The comments came days ahead of China’s release of key readings on industrial output, retail sales and investment, which are being closely watched by global investors for clues on the extent of the country’s economic slowdown.

China’s February trade data showed the biggest drop in exports in three years while imports fell for the third straight month, and forward looking indicators like factory orders have pointed to further weakness ahead.

But analysts have noted the timing of the long Lunar New Year holidays early in the year may have distorted the trend. Ning Jizhe, head of China’s National Bureau of Statistics, said that since the beginning of March, imports and exports have grown more than 20 per cent.

“Excluding the Spring Festival (Lunar New Year) factor, the total value of imports and exports increased 10.2 per cent year-on-year, of which exports rose 7.8 per cent and imports gained 12.9 per cent,” he said.

Ning also noted that overall new orders in February’s official factory survey had rebounded back into positive territory, and a gauge of consumer confidence rose that month.