UK shoppers slow their spending, some stockpile ahead of Brexit - GulfToday

UK shoppers slow their spending, some stockpile ahead of Brexit 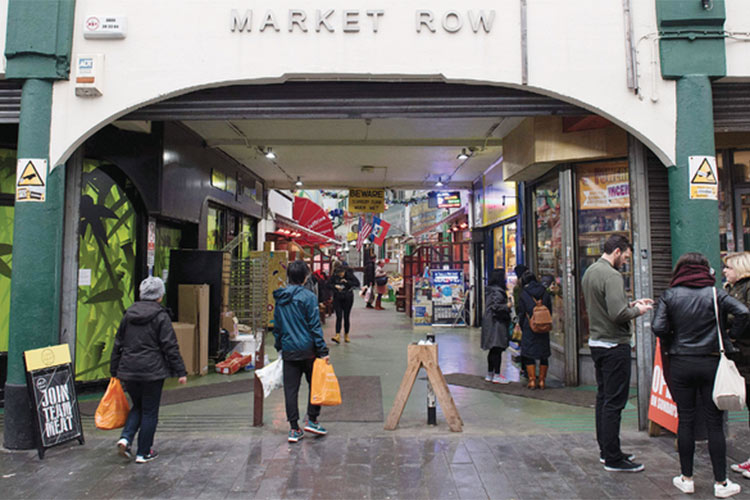 Shoppers seen at a covered market in London. Agence France-Presse

British consumers reined in their spending in February ahead of Brexit as shoppers focused on buying food, including for stock-piling, rather than non-essential items, a data showed.

Strong consumer spending has taken the edge off a slowdown in the world’s fifth-biggest economy for much of the period since the 2016 Brexit referendum although consumer confidence levels are now close to five-year lows as the scheduled Brexit date of March 29 approaches.

The British Retail Consortium (BRC) said total sales edged up by an annual 0.5 per cent, a sharp slowdown from growth of 2.2 per cent in January.

Separately, Barclaycard said its broader measure of consumer spending rose by 1.2 per cent, the weakest increase since the company began recording spending on its cards in 2015.

It said spending in pubs and restaurants, which had been growing strongly, slowed in February. Several retailers have also issued profit warnings, with Debenhams, once the country’s biggest department store, issuing its latest downgrade on Tuesday.

Employee-owned John Lewis is the only major British retailer to update on weekly sales, providing the most up to date snapshot of its customer behaviour. Sales at its department stores fell 3.9 per cent in the four weeks to Feb. 23.

“While real incomes have started to rise over the past year, shoppers have been reluctant to spend this February, holding back growth.”

On a like-for-like basis, excluding changes in the amount of store space from one year to the next, sales were down 0.1 per cent, the BRC said.

Both surveys showed consumers scaling back on non-essential spending.

Barclaycard said 18 per cent of respondents in a poll it conducted had begun stockpiling food and essential household supplies in case of shortages after Brexit.

Supermarkets themselves are also stockpiling goods that can be held for longer, using warehouse space and containers in their carparks to hold tins, dried goods such as pasta, bottled water and olive oil.

“Uncertainty over Brexit appears to be driving a shift in behaviour, with many Brits worrying about price rises and cutting back on non-essential spend, and some even stockpiling everyday items,” Esme Harwood, director at Barclaycard, said.

Market research group Kantar also said one in 10 shoppers had claimed to have started stockpiling essential foods, although it said this was not immediately evident in the data.

Barclaycard’s spending figures were based on credit and debit card spending between Jan. 20 and Feb. 16. The BRC data cover Jan. 27 to Feb. 23.

On Feb. 26, Prime Minister Theresa May opened the way for a possible delay to Brexit.

Meanwhile, the Bank of England (BoE) said it will offer more euros to banks in Britain to avoid any cash crunch after Brexit and warned that other European Union countries are not fully ready for the possible no-deal hit to the financial system. The BoE said most financial stability risks in Britain from a no-deal Brexit had been mitigated, and UK banks had enough liquidity to go for months without needing to tap markets. But as a precaution it will launch a new weekly auction of euros from next week to ensure that banks based in Britain can borrow in Europe’s single currency, following on from a similar announcement last week about weekly sterling operations. The European Central Bank confirmed that the Eurosystem of central banks would stand ready to lend pound sterling to euro area banks, if needed. EU banks hold 15 per cent of UK bank debt and 10 per cent of UK government bonds.

With Brexit due to happen on March 29, British Prime Minister Theresa May is holding out for further concessions from Brussels, keeping the possibility of a disruptive, no-deal Brexit on the table. But she has also opened up the possibility of a delay to Britain’s exit from the EU. The BoE and ECB are activating currency swap lines set up following the financial crisis a decade ago.

The BoE said that while Britain’s banks and financial system were ready for the “significant” volatility that would be unleashed by a no-deal Brexit, households and companies in the rest of Europe might face disruption.

Other EU countries have not been as active as Britain to ensure that its borrowers could access financial institutions across the English Channel. Potential problems for borrowers in the EU included higher interest rates on loans, and customers in the bloc were not ready to do business with newly created units of banks and exchanges headquartered in Britain which have been set up in cities such as Frankfurt and Amsterdam in response to Brexit. Only 10-20 per cent of major clients in the EU have completed the paperwork needed to switch locations.