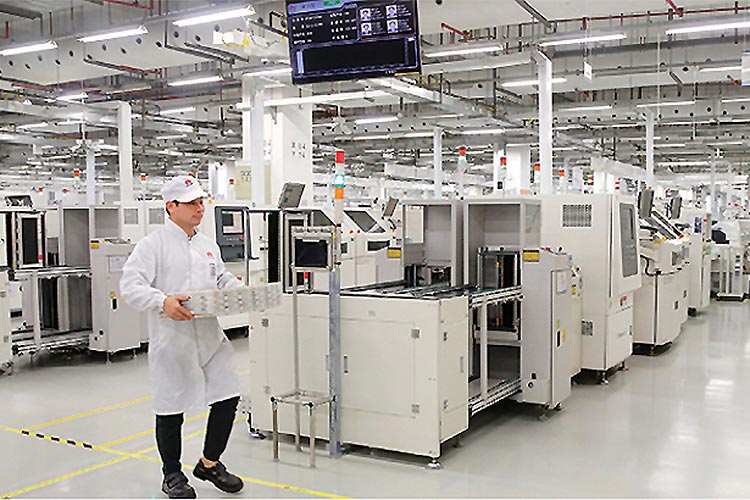 The move is believed to be aimed partly at preventing supply disruptions as the United States steps up pressure on Chinese technology companies over security concerns, the report said.

Huawei has requested supply increases by early summer, when production of its latest smartphone is scheduled to go into full swing, the Nikkei reported, citing unnamed sources.

Murata is believed to have received an order for roughly twice the usual amount of parts while Toshiba Memory has been asked to supply flash memory components ahead of schedule, the report added.

Huawei has come under fire from the United States, which has warned that next-generation 5G equipment, which some telecoms experts see as more vulnerable to attack than previous technology, could be exploited by the Chinese government for spying if supplied by Huawei.

Huawei and Toshiba Memory did not immediately respond to Reuters’ requests for comment. A Murata Manufacturing spokeswoman said the company would not comment on specific clients.

China’s Huawei is set to reward employee shareholders with a 3 per cent rise in cash dividends that are worth billions of dollars, according to company sources and Reuters calculations - a move expected to boost morale as it battles a US-led drive against its telecom gear.

The payout also appears to indicate profit growth as well as confidence the company can survive US accusations that its telecoms network equipment may enable espionage by the Chinese government, analysts said.