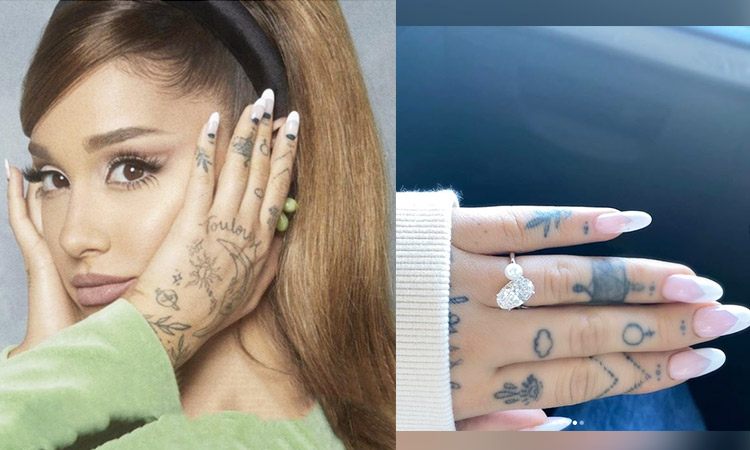 Ariana Grande has announced her engagement on Instagram to realtor Dalton Gomez by sharing a photograph of a diamond ring he gave her. The couple has been dating for nearly a year.

The "Rain on Me” singer posted the photos of her cuddling with Dalton Gomez, a luxury real estate agent, on Instagram on Sunday. Grande included a close-up shot of the ring in the post, which was captioned "forever n then some.” 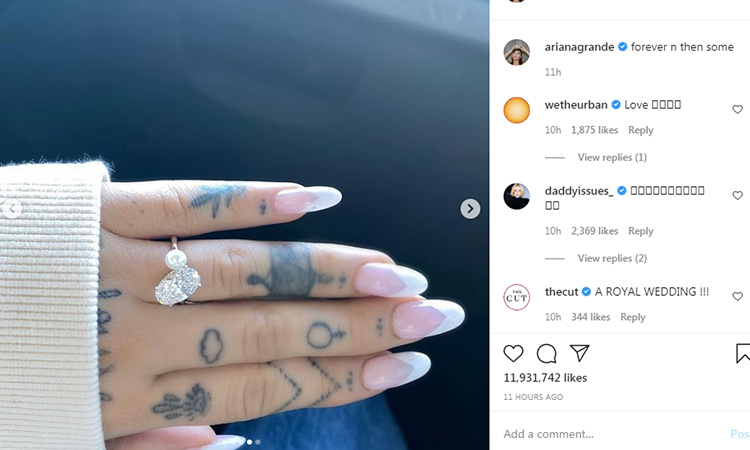 The singer's mother congratulated the couple on Twitter, saying she was excited to welcome Gomez to the family.

Grande released her latest studio album, "Positions,” in November. On Monday, Netflix will release a behind-the-scenes movie on her "Sweetener” world tour, titled "excuse me, i love you.”

She was previously engaged to "Saturday Night Live" cast member Pete Davidson in 2018, but they ended their relationship later that year.