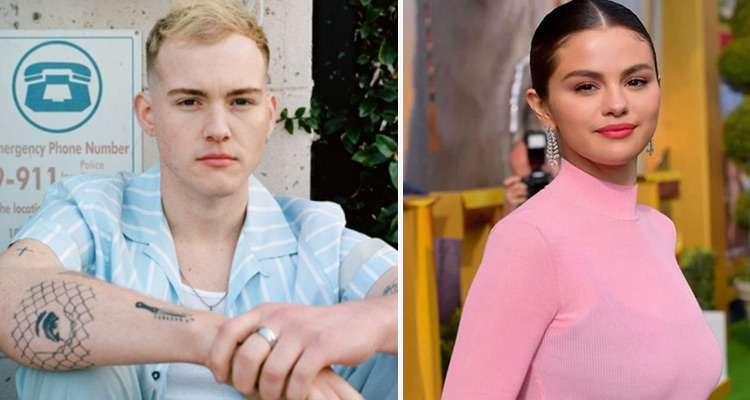 Trevor released "Past life" on March 6, 2020, and followed it up with an official remix with Selena.

"While creating the song I initially felt Selena would sound really great on it, so the idea of having her on the record was there. I am really happy and blessed to have her a part of it," Trevor told IANS.

He shared that what makes the song special is "what the song stands for, which is letting go of toxic things, and growing as an individual".

And Selena "really related to it", he claims.

"Selena had mentioned that she resonated with the record, and really related to it," said the "Falling" singer.

Trevor also learned from Selena personally. "I have been able to observe how she's navigated her career thus far. She is someone I look up to, and am happy to have worked together," he said.

"Past life" has another star attached to it. It has been co-written by Finneas.

"Working with Finneas was an amazing experience. One thing that I remember is not being able to hit a certain note in the studio, and Finneas telling me that I could do it, to keep going. That moment really helped motivate me, and after I hit the note it made me realise that I should never doubt myself," recalled Trevor.

Going beyond music studios, the artiste was supposed to join "Havana" hitmaker Camila Cabello on a tour this year.

"The tour, from what I am aware, has been postponed, but with the pandemic it is hard to tell for how long. I am still hopeful that it will be sooner than later," he said.

Amidst the pandemic, he misses performing on stage and being able to connect with fans in person. "But I am happy to have the virtual gigs and give my fans a way to experience a show during the pandemic. Especially with no clear timeline when shows will be a thing again," he said.

Till then he hopes everyone is staying safe and positive throughout these challenging times, and he looks forward to "being able to see you all when this pandemic allows us to".

As for his lockdown life, it has been a challenge. "But I have continued to remain positive throughout, and work on new music. I also like to make clothes and write poetry, but most of the time the poetry just ends up as music," said Trevor.

"There is definitely a lot of great music coming together, and I am excited for everyone to hear what's to come," he concluded.

Singer Selena Gomez recently went public about her mental health stories. She shared with her fans and followers her struggle with mental health issues.