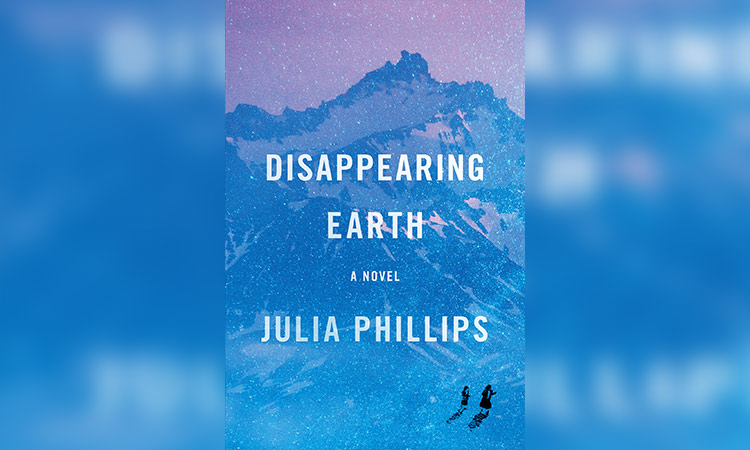 The individual stories are sharp portraits that add up to something deeply rewarding. Stretching from August to the following July, the book’s opener fills you with dread the minute sisters Sophia and Alyona spot a man on the deserted beach where they’re playing. From talking to him to accepting a ride, the sisters make a series of bad decisions that reverberate throughout the town of Petropavlovsk-Kamchatsky.

Phillips’ bleak depiction of that Russian city sets the stage for her riveting debut. It’s on the peninsula of Kamchatka, which seems to be an easy place to vanish.

On the eastern edge of Russia, closer to Alaska and Japan than to the rest of Europe, it’s described as almost like an island because a mountain range and an active volcano isolate it from the rest of Russia.

Phillips makes Kamchatka seem ordinary in the way people go about their lives but otherworldly in its residents’ calm acceptance of tragedy (one chilling plot point is the years-earlier disappearance of another girl, who is considered a runaway despite evidence to the contrary).

Each story in “Earth” introduces a new plot and characters, one of whom always turns out to be investigating the sisters’ disappearance, or related to the missing girls or obsessed by a theory about what became of them. It takes a while to vibe with these resets, especially since about half of the people have names that begin with the letter “A,” but “Earth” spirits us along because each new set of characters turns out to be so compelling.

Many of the characters in “Disappearing Earth” cling to similar magical thinking, and it’s unclear whether the man who believes his sibling was spirited off by aliens is any less realistic than the mother who thinks it’s possible to cloister her daughter from harm.

As each succeeding story of “Disappearing Earth” takes us another month away from hope that Sophia and Alyona will be found alive, it becomes apparent that the book is not about the sisters but about a place so remote and unfriendly that it only takes a couple of months for a tragedy to become a dark fairy tale the characters tell one another.

Phillips’ writing is spare but canny. The first story, for instance, gives us more information about what happens to the sisters than anyone in the book has, establishing a kind of complicity. “Why are you not following up this lead? Why are you not asking that question?” we want to shout at the characters, who seem to forget the sisters even as the vividness of that first story assures that we can’t.