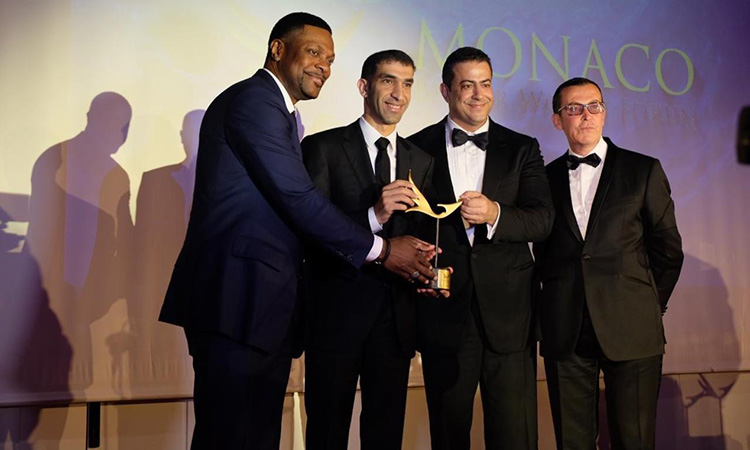 Speaking at the awards gala, the minister said, "Such prestigious international accolades validate the UAE’s sustained and incredible environmental and development journey.

"Our steadfast commitment to preserving the resources of the natural world and mitigating the causes of climate change at home and around the world through a suite of legislation and strategies as well as initiatives and projects on the ground have garnered the country international attention as a vocal environmental advocate." He also hailed the role of the Monaco Better World Forum in leveraging the combined power of entertainment, brands, technology, and culture to raise awareness and mobilise millions of people around the world to act proactively for the environment.

Dr. Lamya Fawwaz, Director of the Zayed Sustainability Prize, accompanied Dr. Al Zeyoudi on the visit to Cannes. Introducing the attendees to the prize, its objectives, and significant achievements to date, she invited them to visit the UAE and witness the upcoming award ceremony firsthand.

Also attending the gala dinner and walking the red carpet with Dr. Al Zeyoudi were a host of celebrities and environmental advocates, including American actor Christopher Tucker.