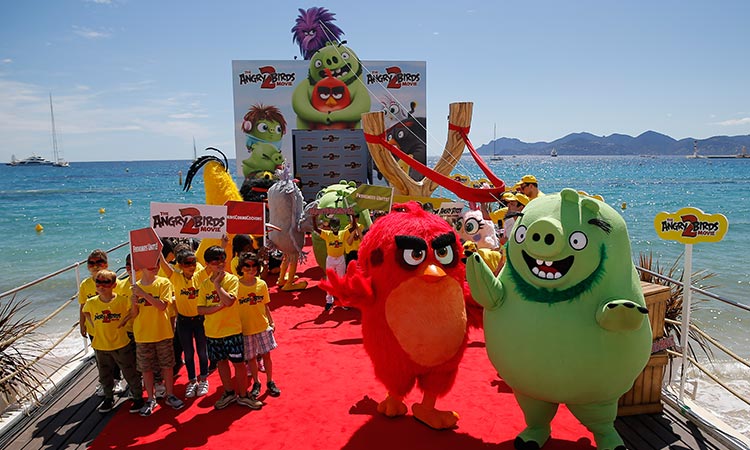 The parade of glammed-up movie stars at the Cannes Film Festival got off to an unorthodox start on Monday with a crowd of enormous, fluffy birds hogging the limelight on the Croisette boulevard to mark the launch of the "Angry Birds" sequel.

On the eve of the 72nd Cannes filmfest - set to kick off officially with the premiere of Jim Jarmusch's zombie film "The Dead Don't Die" on Tuesday - producers of the animated movie celebrated its planned release in early August.

"The Angry Birds Movie 2", like the first instalment in the franchise, is based on a Rovio video game where players use a slingshot to attack pigs who steal the birds' eggs.

The first Angry Birds, released in 2016, earned about $350 million at the box office and gave a boost to Rovio's game sales, helping the company swing to an annual profit after years of falling earnings, job cuts and divestments.

The sequel - in which the birds join forces with their green pig rivals to defeat a common foe - features Jason Sudeikis lending his voice to Red, the main protagonist, with Bill Hader, Josh Gad and Danny McBride also voicing characters.

"We have an amazing crew that we have been working with, and together, we played around, we experimented, we found really funny moments," said director Thurop Van Orman, as people wearing oversized Angry Bird costumes entertained onlookers.

Producer John Cohen said he hoped there would be a third movie to follow.