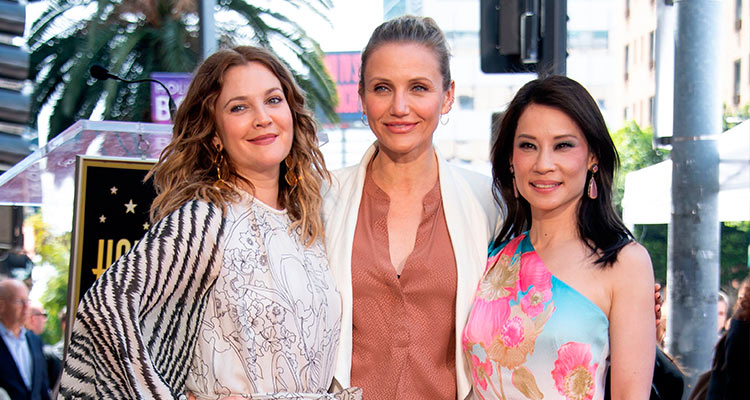 During the ceremony on Wednesday, Liu was surrounded by Diaz and Barrymore, her co-stars from the 2000 action adventure. Moore, who starred alongside the three actresses in the 2003 sequel, was also there to celebrate it.

"Lucy and I first met while making 'Charlie's Angels'. I didn't know we were going to have a reunion today," Moore gushed in a speech, reports eonline.com.

Actress Lucy Liu receives her star on the Walk of Fame during a ceremony in Hollywood.

Rana Ghadban, from left, Rhea Perlman, Lucy Liu, Demi Moore and Mitch O'Farrell unveil the star at the ceremony honoring Liu with a star on the Hollywood Walk of Fame.

Like Moore, the honouree was excited to see such influential faces in the crowd.