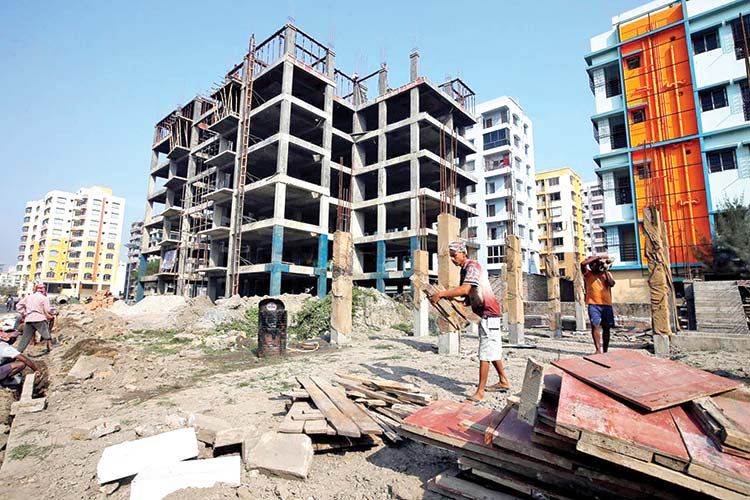 Labourers work at the construction site of residential buildings on the outskirts of Kolkata. Reuters

In IT/ITES hub in Chennai, Rs30-40 lakh budget accounts for 35 per cent of the supply, according to Anarock research. India’s housing shortage in the urban areas has been estimated at 18.78 million units, out of which 96 per cent was in the EWS and LIG segment.
Total housing shortage is projected to be about 38 million by 2030, according to the Urban Affairs Ministry.

As per 2012 statistics, Uttar Pradesh tops the list of states having a housing shortage with over 3 million homes and Maharashtra is the second with a shortage of fewer than 2 million units, followed by West Bengal, Andhra Pradesh and Tamil Nadu.

These top five states contribute 47 per cent of the total housing shortage in India, according to Anarock survey on affordable housing. EWS and LIG together account for nearly 96 per cent of the shortage and there is a huge market that needs to be addressed.

Affordable housing activity picked up in 2014 after the announcement of Housing for All by 2002 campaign by the government. Post-2015, Indian real estate sector was grappled with subdued demand and as a result, the overall new launches were on a decline. Nonethless, the average share of affordable housing supply of total new launches was around 40 per cent between 2013 and 2018, indicating the incessant activity in this segment, according to Anarock research.

In 2017, affordable housing supply had the highest share of 45 per cent to total new launches and it increased by 18 per cent in 2018 over 2017.
This is the first positive sign of market recovery after the regulatory changes.

Q: My brother employed in the Gulf took a home loan a few years ago but he died recently without leaving any Will for his immovable property in India. What are the implications of home loan and whom do we approach to resolve this situation? Please clarify. Debtosh, Sharjah.
Assuming that your brother has not taken any home loan insurance, the bank or the lender institution will initially approach the guarantor. If there is no guarantor, the legal heir will be approached and the loan/mortgage will be transferred in his/her name. The legal heir will be responsible for the payment.

In the event of your brother leaving a Will, and the beneficiary of the property is someone else (other than the legal heir), the bank/lender institution will approach that beneficiary to protect its interests.

In case your brother had opted for a loan repayment insurance, the home loan will be paid by the insurer post which you will have to collect a loan clearance certificate from the bank/lender institution as well as the original property documents. You can approach the bank/lending institution to ascertain the status of the home loan.

Q: Is leasing out residential or commercial property beneficial from the point of taxation for NRIs? The investment is being made with the home loan facility. J. Kashyap, Dubai.
You can make investment in residential or commercial property with the objective of receiving a regular flow of rental income. Deduction is available for house tax as also a special 30 per cent deduction towards repairs, maintenance and collection charges irrespective of the spending. Another advantage is complete deduction of interest paid by an NRI for purchase of property which is given on rent.

Q: My relative is planning to gift the commercial property located in Mumbai. She is a PIO and settled in Canada now. Are there any restrictions in this regard? Shishir, Abu Dhabi.
There are no restrictions at all as the Reserve Bank has given general permission to Persons of Indian Origin to transfer residential or commercial property in India by way of gift to a person resident in India or to a person resident outside India, who is a citizen of India or to a person of Indian origin resident outside India. 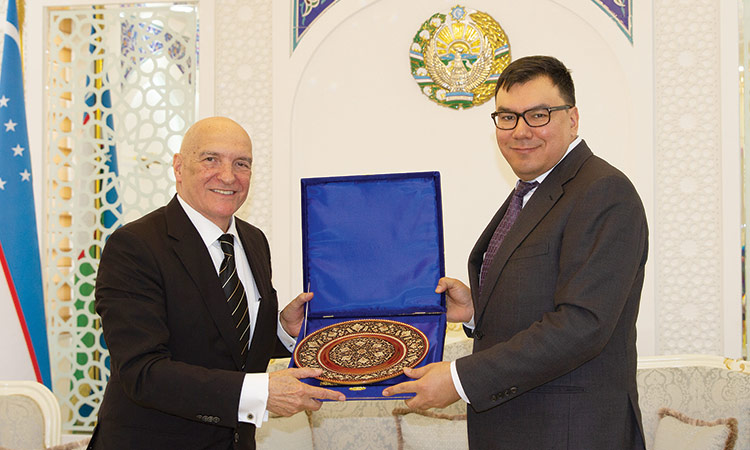