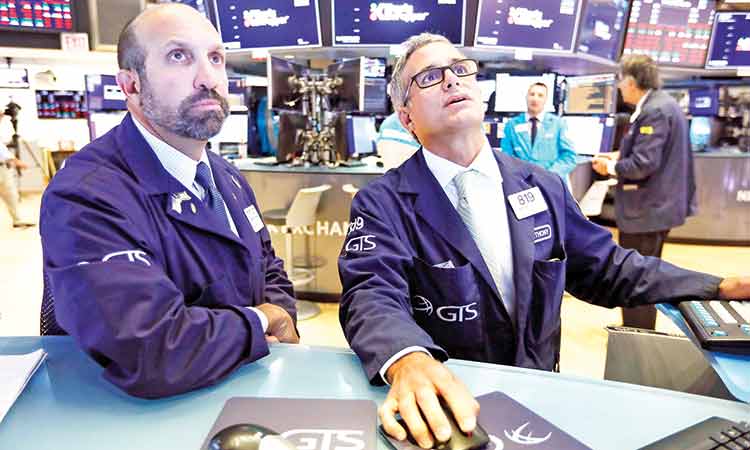 Gold edged lower on Wednesday as investors took advantage of a recent surge in prices to lock in some profits ahead of a slew of US economic data that could influence the Federal Reserve monetary policy meeting next week.

Gold prices rose to a nine-month high on Tuesday as fears over global recession and hopes around slower rate hikes from the US central bank boosted its allure.

The pan-European STOXX 600 fell 0.3%, heading lower for a second day with technology and telecom declining the most.

Futures signalled a weak open for Wall Street as Microsoft Corp slipped 1.6% in premarket trading after the company warned it could miss expectations on cloud earnings in the current quarter.

Traders “are waiting for some direction from across the Atlantic as US earnings season gets into full swing and key economic announcements loom at the end of the week,” said AJ Bell investment director Russ Mould.

The US government will release economic growth data for the fourth quarter on Thursday, with economists expecting the economy expanded at an annual pace of less than 1%. That’s down from 1.9% in the third quarter, following a contraction in the first half of 2022. Investors will get more updates on personal spending and income on Friday.

The Fed will announce its next rate increase on Feb.1 and traders expect a quarter-point raise, which would mark a softening of the central bank’s pace.Investors will later track the latest results from electric carmaker Tesla, headed by Twitter owner and billionaire Elon Musk.

That follows this week’s earnings gloom from US corporate titans Microsoft and Johnson & Johnson.

While markets have enjoyed a strong start to the year as a slowdown in inflation gives central banks room to temper their interest rate hikes, focus is now turning to the economic impact of last year’s increases.

Worries about the growth outlook, and the impact of higher rates on company profits, are also offsetting optimism over China’s reopening from years of zero-Covid measures.

Data showing a slight improvement in US factory and services activity was unable to settle nerves, with figures still showing the sectors in contraction.

Focus is also turning to next week’s Federal Reserve policy meeting, with speculation growing that it will lift rates by 25 basis points. Oil firmed as traders weighed the prospects of recession against the outlook for demand from China as it emerges from its zero-COVID policy. Hong Kong, Shanghai and Taipei remained closed for the Lunar New Year holiday.

European stocks came under pressure on Tuesday, as an improvement in economic activity spurred speculation that the European Central Bank (ECB) might have more room to raise interest rates to tackle inflation.

Economists at Deutsche Bank no longer expect a euro zone recession in 2023 and also lowered their inflation outlook, but don’t see the ECB taking their foot off the hawkish pedal just yet.

Among the big movers, Leopard tanks maker Rheinmetall advanced 1.9% to touch a record high following media reports that Germany is set to send tanks to Ukraine.

This also spurred gains in other defence stocks such as Safran SA and Leonardo SpA, while Europe’s aerospace & defense index touched a near three-year high.

The blue-chip FTSE 100 edged up 0.1% and the midcap FTSE 250 index climbed 0.5%, bucking a cautious mood across European markets. Airline stocks got a lift after EasyJet said it expected to beat market expectations for 2023 on strong bookings into summer. “easyJet has shown how a post-pandemic recovery is done,” Hargreaves Lansdown equity analyst Sophie Lund-Yates wrote in a note. “Its superior proposition means its planes are at the right airports, with the right routes, to capture demand as holidaymakers return to the skies in force.” 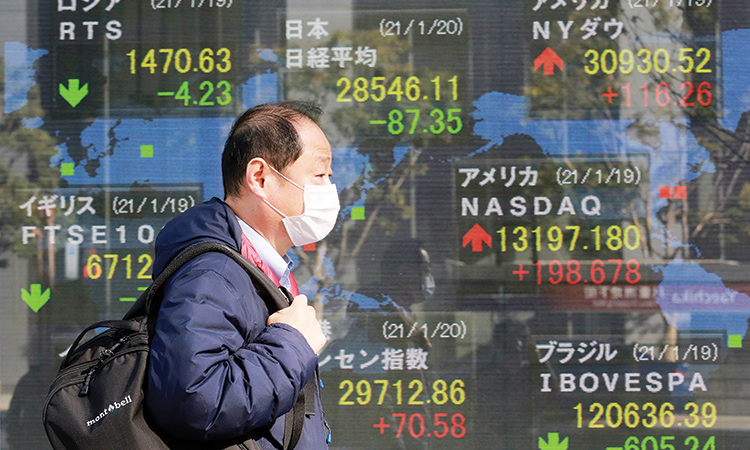